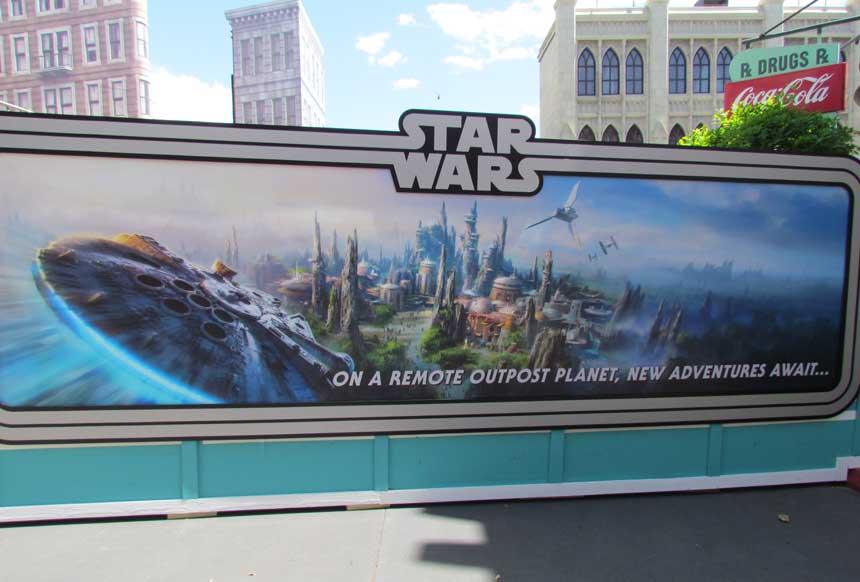 You’ll soon be able to visit at Galaxy Far, Far Away just down the I-5 (or I-4). Disneyland and Walt Disney World are celebrating the official groundbreaking of the 14-acre Star Wars-themed lands at Disney’s Hollywood Studio at Walt Disney World in Florida and Disneyland in California.

Just released today is an exclusive 360-degree photo of the construction site at Disneyland. Work has now begun to build the largest-ever single-themed land expansions, where guests will be transported to a never-before-seen planet inhabited by humanoids, droids and many others and they can experience their own Star Wars adventures.

Looks like they enlisted some special assistance from their Star Wars pals to do it too.

Out in Florida, the future home of Star Wars land and Toy Storyland is now behind construction walls and demolition work is underway to remove elements that are in the way of those future expansions.

Next question, what is Disney doing for May the 4th this year? There is now Star Wars Weekends ahead, have they canceled that day too?