We spent Sunday at Disney’s Hollywood Studios, taking in some of the changes already in progress as the park transforms to add more Toy Story attractions and a whole new land based on the new Star Wars movies. More on that in the coming days.

We had fun, but there was a looming issue that impacted our visit… the lack of quick service food options in the park.

With Pizza Planet under a long refurbishment and Studio Catering Company now behind construction walls. The park is down to just three quick service locations, 60% of its regular peak season capacity. There may be some capacity in the sit down restaurants, but I think a lot of guests will choose not to eat in the park if the choice is between that and a $19 burger.

We did notice the new food options at Writers Stop. A hefty pretzel, roasted candied nuts, and a cheese and cold cuts plate make up the new options. The prices are reasonable and if you want a beer, they have those too. 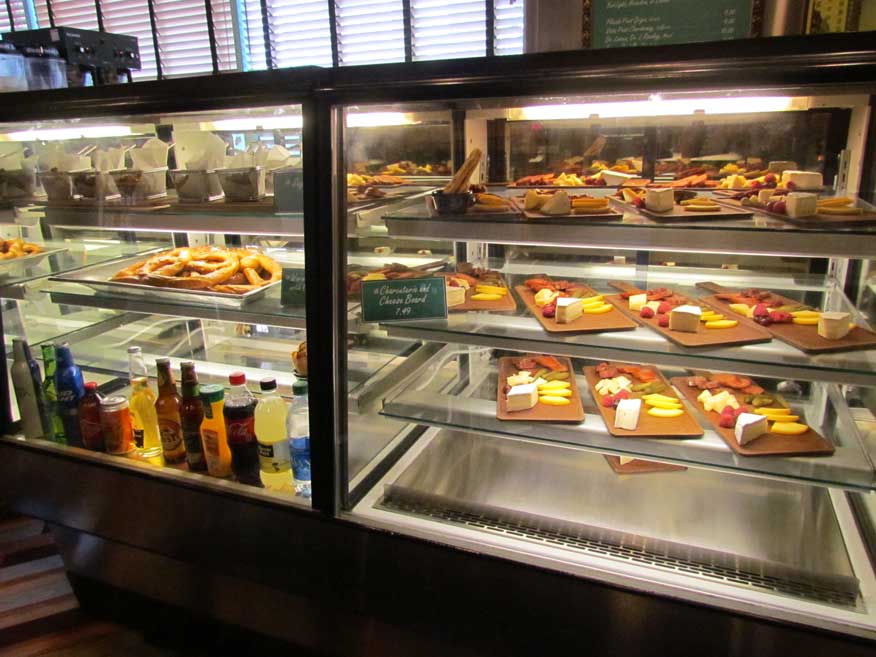 There are some questionable choices. The children’s menu options are vastly reduced compared to before with just two options (one of which is the pre-packed PBJ) at each location. We couldn’t find the old standby of Mac & Cheese at either Backlot Express or ABC Commissary. They also switched out the funnel cake at Oasis Canteen for some pricey chicken nuggets. We walked by that location three times and never saw a line, unlike with funnel cakes where there were always people in queue. 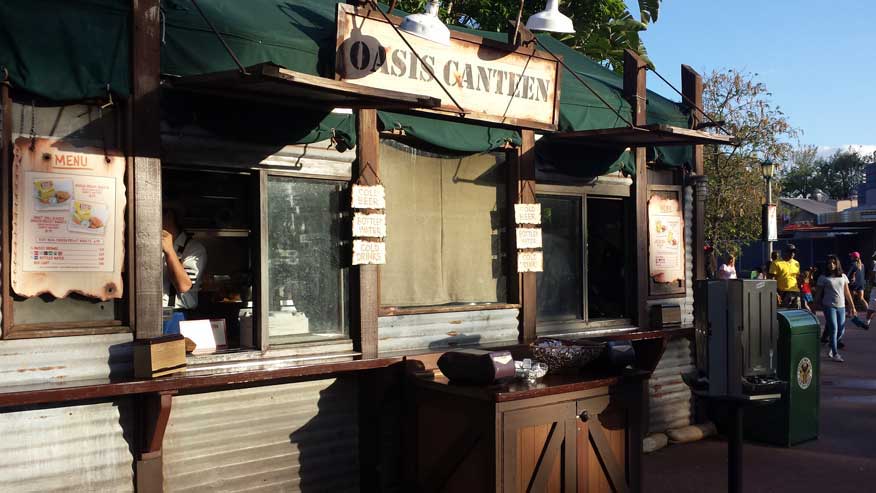 Disney clearly needs to think bigger here to meet guest expectations. Set up three or four of food reasonably priced carts (borrow the Swan and Dolphins) or a remote kitchen somewhere in the park to replace the lost capacity from being down 2 quick service locations. Make sure there are plenty of tables with protection from heat and rain. The Sunset Showcase courtyard by Rock’n’Roller coaster is one option, the walkway just beyond Midway Mania is another. I’ve even got a name for the location “Craft Services,” which in Hollywood-speak is the food brought to film shoots or movie studios to feet the cast and crew.

The good news is that management seems to be aware of the problem. According to a new rumor, they’ll even finally open that long rumored bar inside the exit queue to the Twilight Zone: Tower of Terror as an attempt to add more food.

Hopefully there’s more in the works. What would you like to see added to DHS as a bridge until more quick service food options return?