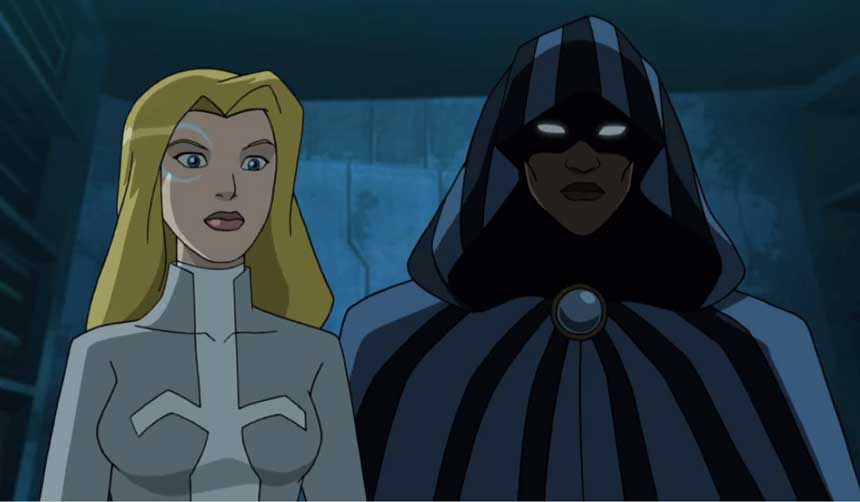 Marvel is picking up the pace on the small screen these days. Adding Marvel Most Wanted to the ABC line up gives us three shows there (assuming Agent Carter gets picked up for a third season). Disney XD hosts four animated shows and even Fox is getting in the game with an X-Men show. (I’m also hoping the rumors of a Damage Control series come to fruition – they got a shout out in the last episode of Agents of SHIELD so I hope that’s a good sign.) And then there’s Netflix’s ever-growing roster of shows.

This week, Disney announced another live action show already ordered straight to series for Freeform and based on the synopsis, it sounds like it will fit right in.

This exciting new series is an adaptation of the beloved Marvel characters aimed squarely at young adults. This live-action interracial romance follows Tandy Bowen and Tyrone Johnson, two teenagers from very different backgrounds, who find themselves burdened and awakened to newly acquired superpowers while falling in love. Tandy can emit light daggers and Tyrone has the ability to engulf others in darkness. They quickly learn they are better together than apart—but their feelings for each other make their already complicated world even more challenging.

I will be interested in seeing what happens. Teen dramas aren’t usually go to for TV shows but throw in super powers and I’ll at least check it out.

Jeff Loeb, the Executive Producer and head of all things Marvel TV said, “We are thrilled to be able to explore another corner of the Marvel Universe with Cloak and Dagger.” He continued, “We want to thank Tandy and Tyrone’s fans everywhere who have been waiting for this exciting news.”

Many people having been asking if this show will be connected to the MCU like the other shows and based on Loeb’s comment, I would say that it is, though it’s vague enough that I could be wrong.

Are you looking forward to seeing Cloak and Dagger get their own show?