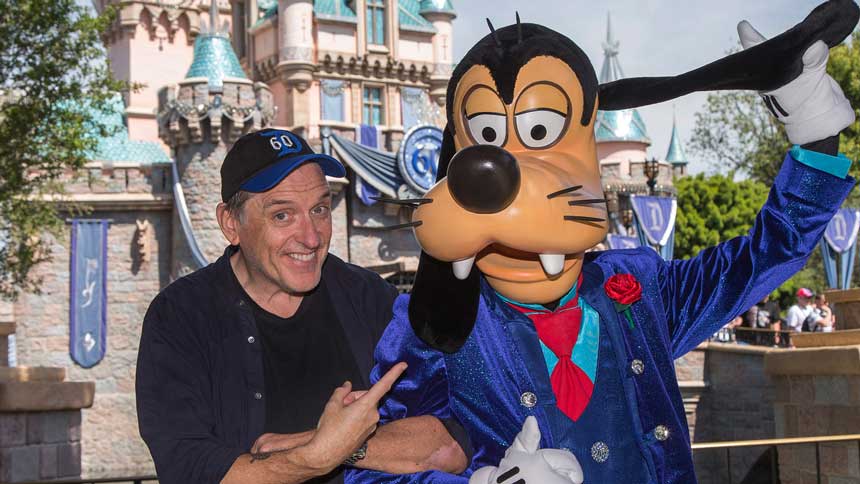 For years Craig Ferguson’s late night television show was the best thing going for insomniacs, late-shifters, and other smart, but nerdy, people. The former sit-com star has found his groove in the talk-show format and now shows up on the History channel with a unique panel discussion format. Ferguson, of course, lent his voice to Lord Macintosh in Pixar’s Brave.

Fans love Ferguson’s goofy sense of humor, and biting commentary, so it makes sense that Disney would pair him with the biggest goof of all, Goofy, at Disneyland. 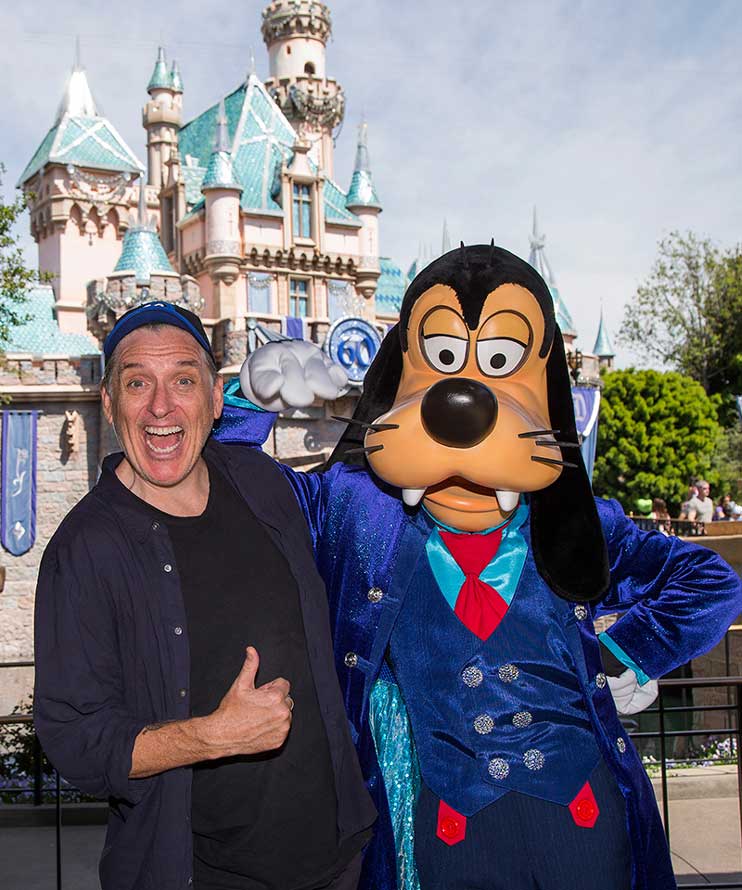 Ferguson and his family were at Disneyland to celebrate his young son’s fifth birthday.