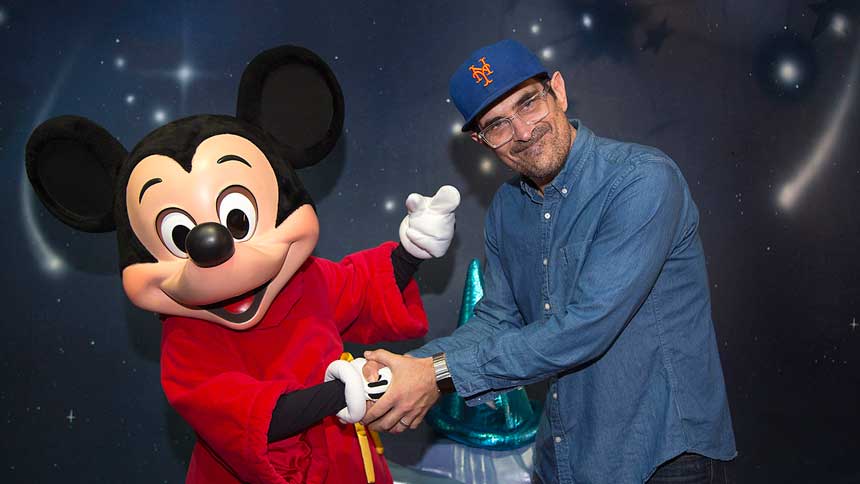 Star of Disney’s “Muppets Most Wanted” and voice of Bailey (the Beluga Whale) on the upcoming Pixar animated feature “Finding Dory,” Ty Burrell is perhaps best known as the bumbling dad Phil Dunphy on the ABC hit mockumentary “Modern Family.” This week he was spotted at Disneyland to celebrate a family birthday.

While at Walt Disney’s Magic Kingdom of Disneyland, Burrell took a couple of magical photos with Mickey Mouse himself in his Toontown home. 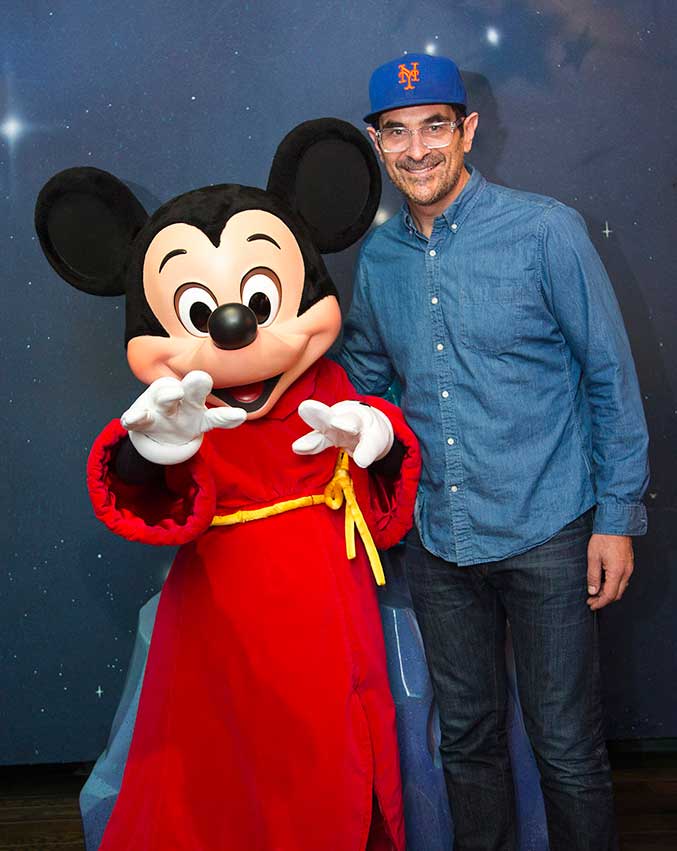 Burrell has another reason to celebrate, “Modern Family” was just renewed for an 8th season by ABC. Congrats Ty, we hope to see you in the Disney family for years to come.