“Finding Dory,” the heavily anticipated sequel from Pixar, has revealed its full roster of characters, as well as the voice talent tapped to help bring each character to life. The movie will revisit everyone’s favorite blue tang Dory as she embarks on a life-changing adventure to find her family. Directed by Andrew Stanton, who helmed the Oscar-winning films “Finding Nemo” and “WALL•E,” “Finding Dory” promises to bring back your favorites and introduce a new cast of colorful characters to enjoy.

“It really is a whole new chapter this time,” said Stanton. “We’re introducing new characters—each with his or her own unique voice. Everyone has something special to offer, which makes it fun and elevates the whole story. ‘Finding Nemo’ was a great calling card when it came to casting this movie. I don’t take that for granted.”

“Finding Dory,” which opens in theaters nationwide on June 17, 2016, features the following lineup. Ellen DeGeneres returns to the sea as Dory, the bright blue tang with a sunny personality. She suffers from short-term memory loss, which normally doesn’t upset her upbeat attitude—until she realizes she’s forgotten something big: her family. Dory’s found a new family in Marlin and Nemo, but she’s haunted by the belief that someone out there is looking for her. She may have trouble recalling exactly what—or who—she’s searching for, but she won’t give up until she uncovers her past and discovers something else along the way: self-acceptance. Albert Brooks dives in again to help bring Marlin to life. He may have traveled across the ocean once, but that doesn’t mean Marlin wants to do it again. So he doesn’t exactly jump at the opportunity to accompany Dory on a mission to the California coast to track down her family. Marlin, of course, knows how it feels to lose family, and it was Dory who helped him find Nemo not so long ago. The clownfish may not be funny, but he’s loyal—he realizes he has no choice but to pack up his nervous energy and skepticism and embark on yet another adventure, this time to help his friend.

Hayden Rolence was called on to voice Nemo. One year after his big overseas adventure, Nemo is back to being a normal kid: going to school and living on the coral reef with his dad and their blue tang neighbor, Dory. His harrowing adventure abroad doesn’t seem to have sapped his spirit. In fact, when Dory remembers pieces of her past and longs to take off on an ambitious ocean trek to find her family, Nemo is the first to offer his help. He may be a young clownfish with a lucky fin, but Nemo wholeheartedly believes in Dory. After all, he understands what it’s like to be different. 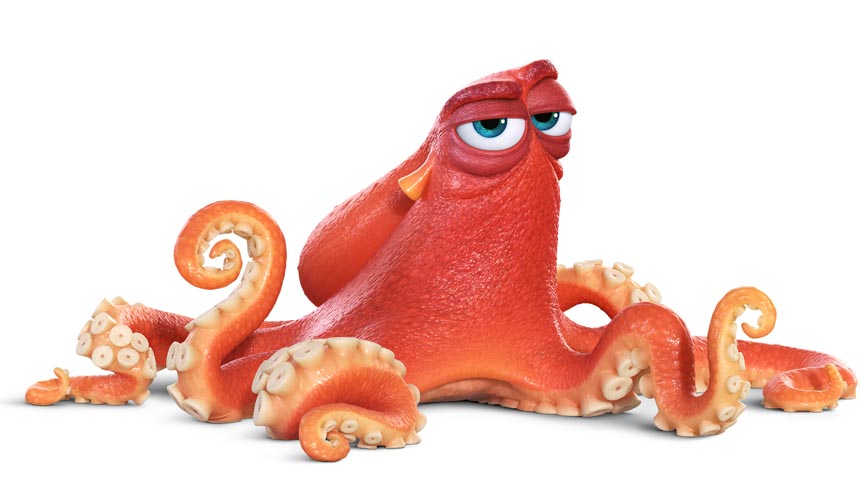 Ed O’Neill lends his iconic voice to Hank, who is an octopus. Actually, he’s a “septopus”: he lost a tentacle—along with his sense of humor—somewhere along the way. But Hank is just as competent as his eight-armed peers. An accomplished escape artist with camouflaging capabilities to boot, Hank is the first to greet Dory when she finds herself in the Marine Life Institute. But make no mistake: he’s not looking for a friend. Hank is after one thing—a ticket on a transport truck to a cozy Cleveland facility where he’ll be able to enjoy a peaceful life of solitude. 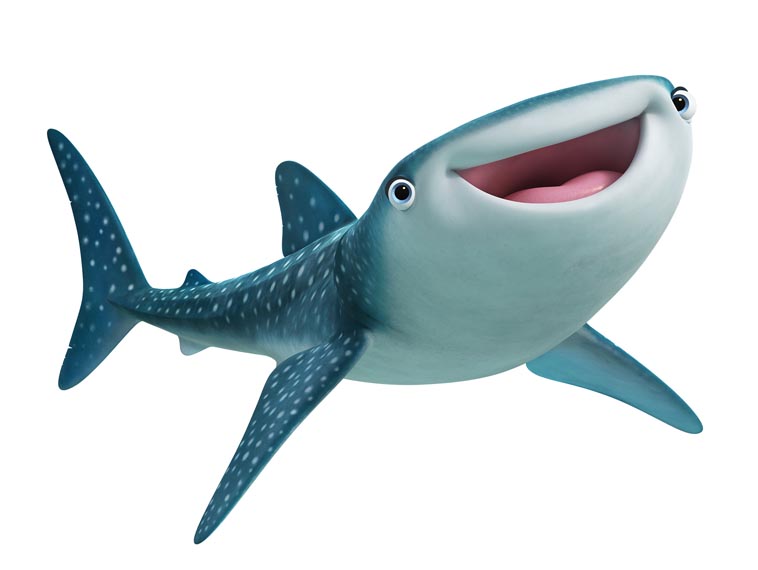 Kaitlin Olson provides the voice of a whale shark named Destiny, who is a clumsy swimmer with a big heart. Destiny has a big everything, actually—whale sharks are the biggest fish in the sea. Destiny resides in the Marine Life Institute, where one day an oddly familiar blue tang named Dory falls into her pool. Destiny is admittedly embarrassed by her obvious lack of grace, a product of poor eyesight, but Dory thinks she swims beautifully. And Dory is delighted to learn that her supersized friend speaks whale, too. 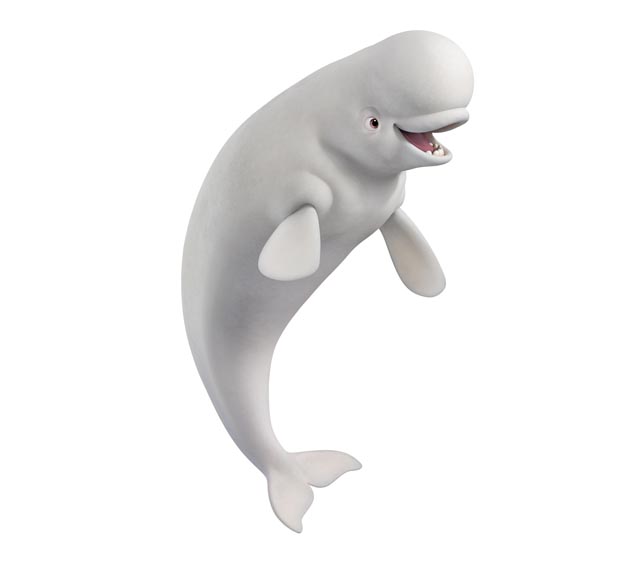 Ty Burrell was tapped to give voice to Bailey, the Marine Life Institute’s resident beluga whale, who is convinced his biological sonar skills are on the fritz. The good news—or bad news, depending on who you ask—is that doctors at the MLI can’t seem to find anything wrong with him. Bailey’s flair for the dramatic never ceases to push his neighbor’s buttons: whale shark Destiny can’t seem to get through to him, no matter how hard she tries. Maybe he’ll listen to new friend Dory, who seems to be full of crazy ideas. 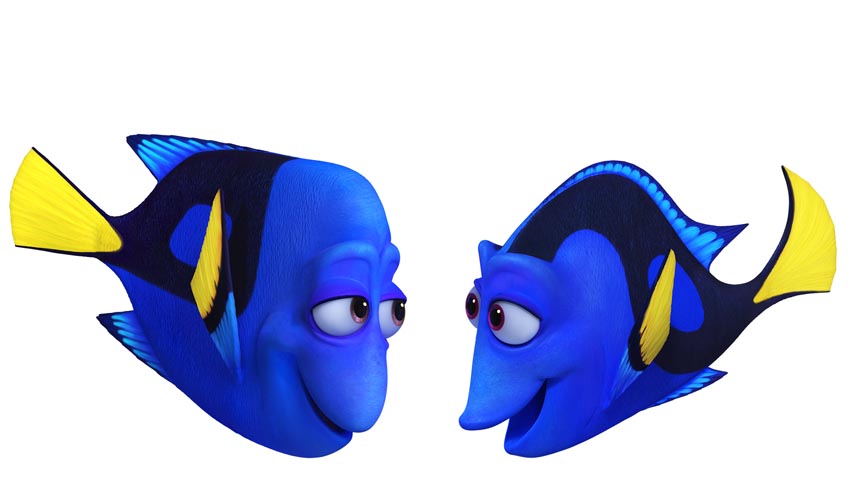 Diane Keaton and Eugene Levy were recruited to voice Dory’s parents. Jenny and Charlie would do anything for their only child. They celebrate and protect Dory, striving to arm her with the skills she’ll need to navigate the world with a faulty memory. Jenny may appear cheerful and a little flighty—but she’s a protective mother and a smart role model. Charlie likes to joke around, but nothing is more important to him than teaching his memory-challenged daughter how to survive. 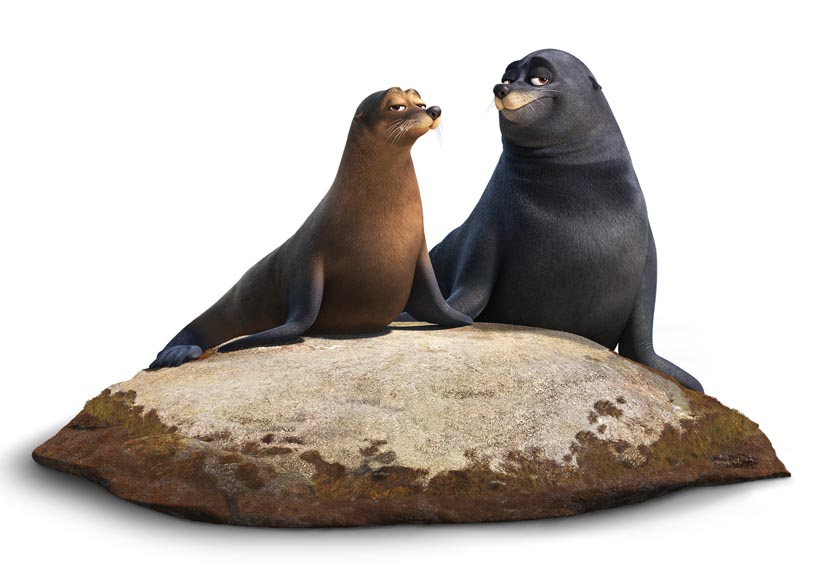 Idris Elba and Dominic West team up as the voices of Fluke and Rudder, a pair of lazy sea lions who were rehabilitated at the Marine Life Institute. Marlin and Nemo find them snoozing on a warm—and highly coveted—rock just outside the center. These sea lions really enjoy their down time and would rather not be bothered mid nap—but their bark is far worse than their bite. 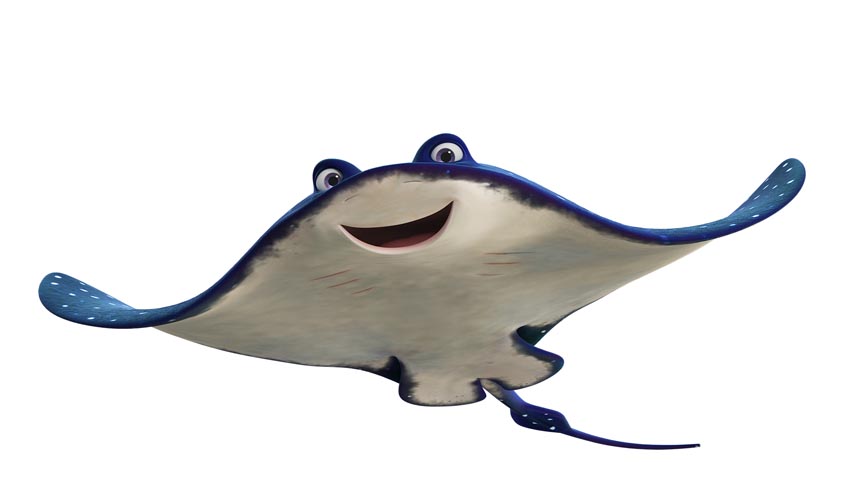 Bob Peterson is back as the memorable voice of Mr. Ray, the tune-loving teacher from the reef, who takes Nemo’s education—and that of his fellow undersea students—very seriously. Nobody enjoys Mr. Ray’s class more than Dory, who serves as his cheerful, albeit unnecessary, teacher’s assistant during their illuminating field trips. 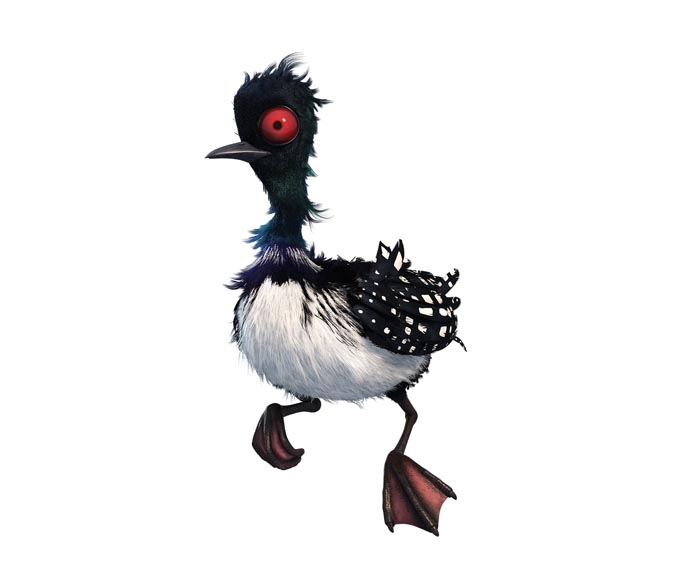 Torbin Bullock voices Becky, an offbeat, kooky loon who takes a liking to Marlin. Although she inspires little confidence—especially from a certain, skeptical clownfish—Becky might be smarter than she looks. 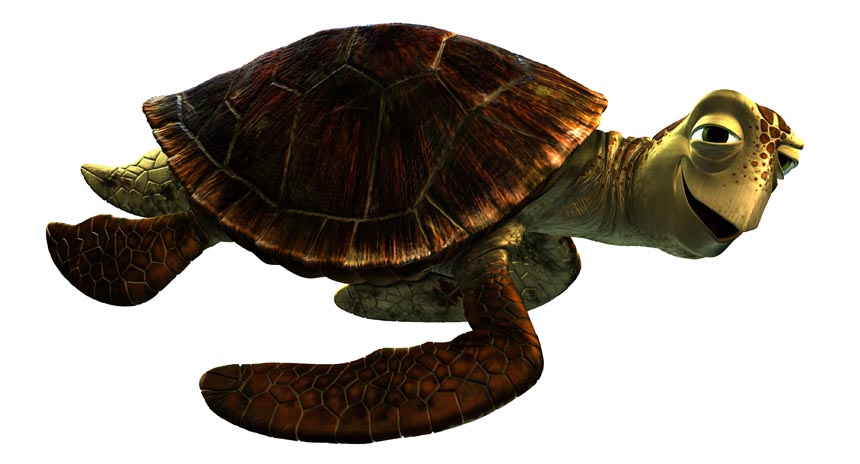 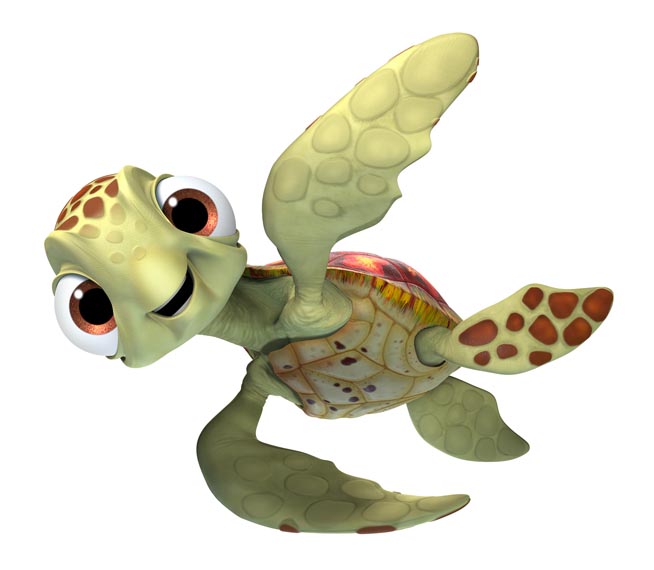 Andrew Stanton and Bennett Dammann lend their voices to the ocean’s coolest turtles Crush and his son Squirt. They’re always happy to lend a flipper to a fish in need. Cruising the ocean for more than a hundred years definitely has its advantages.

Bill Hader and Kate McKinnon make a cameo appearance as a fish couple that Dory briefly encounters along the way. Not sure who voices these Otters, but they are seriously cute. Seriously, who can resist their sweet, furry faces?

The character design is adorable. If the story holds up, this should be another huge hit for Pixar and Disney.

Disney•Pixar’s “Finding Dory” welcomes back to the big screen everyone’s favorite forgetful blue tang Dory (voice of Ellen DeGeneres), who’s living happily in the reef with Marlin (voice of Albert Brooks) and Nemo (voice of Hayden Rolence). When Dory suddenly remembers that she has a family out there who may be looking for her, the trio takes off on a life-changing adventure across the ocean to California’s prestigious Marine Life Institute, a rehabilitation center and aquarium. In an effort to find her mom (voice of Diane Keaton) and dad (voice of Eugene Levy), Dory enlists the help of three of the MLI’s most intriguing residents: Hank (voice of Ed O’Neill), a cantankerous octopus who frequently gives employees the slip; Bailey (voice of Ty Burrell), a beluga whale who is convinced his biological sonar skills are on the fritz; and Destiny (voice of Kaitlin Olson), a nearsighted whale shark. Deftly navigating the complex inner workings of the MLI, Dory and her friends discover the magic within their flaws, friendships and family. Directed by Andrew Stanton (“Finding Nemo,” “WALL•E”), co-directed by Angus MacLane (“Toy Story OF TERROR!”), and produced by Lindsey Collins (co-producer “WALL•E”), Disney•Pixar’s “Finding Dory” swims into theaters June 17, 2016.