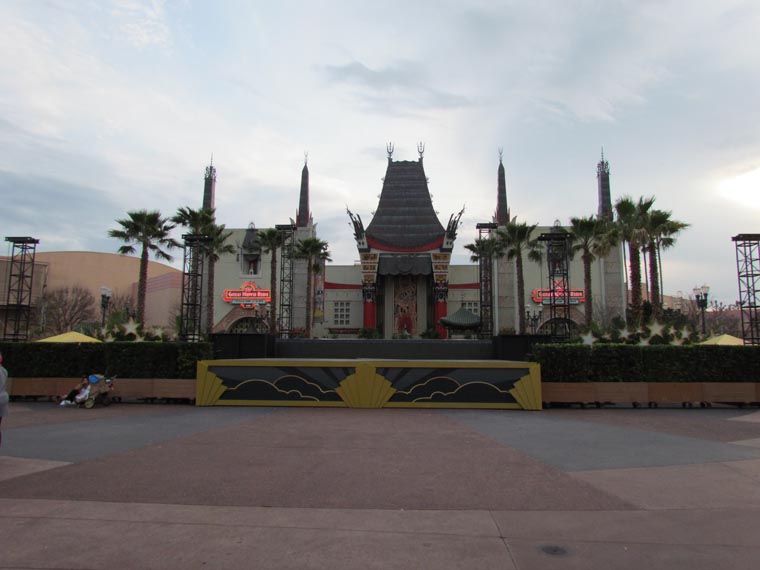 With a new Star Wars stage show set to open at Disney’s Hollywood Studios on April 4th, the park is once again busy erecting a temporary stage in front of the Chinese Theater. The good news, is this stage has a big difference over the previous stages used for special events.

Starting next month “Star Wars – A Galaxy Far, Far Away” will play multiple times a day in the center of Disney’s Hollywood Studios right in front of The Great Movie Ride. Unlike past events, Disney has build a low stage that features lights and screens that can be lowered and raised for each performance. This means the beautiful facade of the Chinese Theater is only partially blocked, instead of nearly entirely obscured as it has been in the past.

(Personal observation: those palm trees won’t make it easy to see the projections either. I wonder what their plan is for them? Lower them into the ground too?)

Here are a few photos I took of the construction a few days ago: 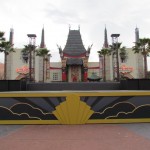 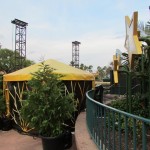 Side of stage with tent for costume changes 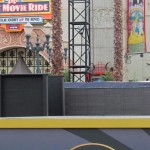 You can see top of screen that will raise during shows 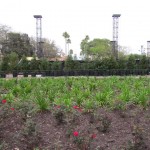 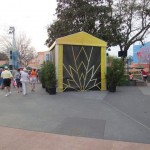 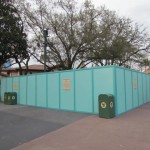 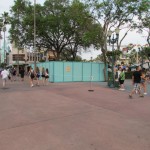 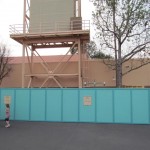 Some work behind stage near One Mans’ Deram 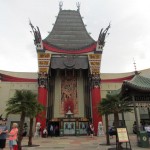 This is important because the new Star Wars themed nighttime spectacular, Star Wars: A Galactic Spectacular, scheduled to start this summer will involve both fireworks and projections on the facade of the Chinese Theater and nearby buildings.

I wish they had chosen a different area for this show. Perhaps somewhere with a bit of shelter/shade for guests. Also, the ground slopes downward away from the stage, meaning it can be difficult to see the stage if someone taller than you is in front of you. A big problem for kids. Inevitably some adult puts their kids on their shoulders ruining the view for everyone behind them.