Disney’s animated hit Zootopia slurped up another 38 million carrots at the box office this weekend placing it over $201.7 million in just its first three weeks. That’s a pretty amazing total placing it ahead of even Frozen‘s pace. In fact, Zootopia has already passed Tangled and Wreck-It Ralph‘s domestic totals for their entire run.

The critically acclaimed hit, still clocking in at over 99% on the Tomatometer, is also nearing a pretty nice $600 million at the worldwide box office. More than half the international total has come from China alone which brought in $173.4 million since its March 4th opening. That’s showing the power of the growing middle class of China, the same people Disney hopes will show up at Shanghai Disneyland.

It’s still unlikely Zootopia will pass Frozen’s $1.28 billion at the Global box office, but with Australia, Brazil, U.K. and Japan still awaiting the film’s opening, it might come close.

As a bonus, if you’ve seen the film, then you know about the “Dancing with Gazelle” app. You can recreate your own version of that fabulous moment on a new website from Disney. I may or may not have made my own, but you’ll never know, will you. 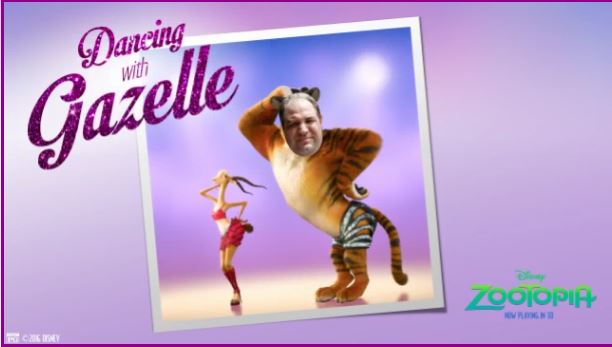