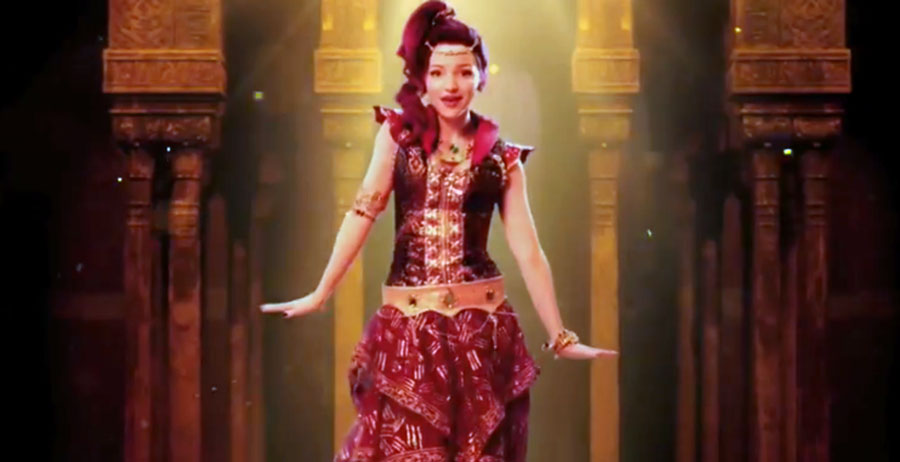 The official video for “Genie in a Bottle” is out from Disney Descendants. Dove Cameron performs as her character Mal in the re-invented Christina Aguilera pop-song. In the video, Mal is transported into the magic lamp of Jordan (played by newcomer Iman Karran), the daughter of “Aladdin’s” Genie, after wishing she had Jordan’s magical powers.

The idea from this video was insired by the Genie-chic storyline in the animated short-form series “Descendants: Wicked World” which you can find on YouTube.

If you want to learn a few of those dance moves yourself, you can get a lesson from hip-hop choreographer Willdabeast Adams.

Be careful what you wish for!