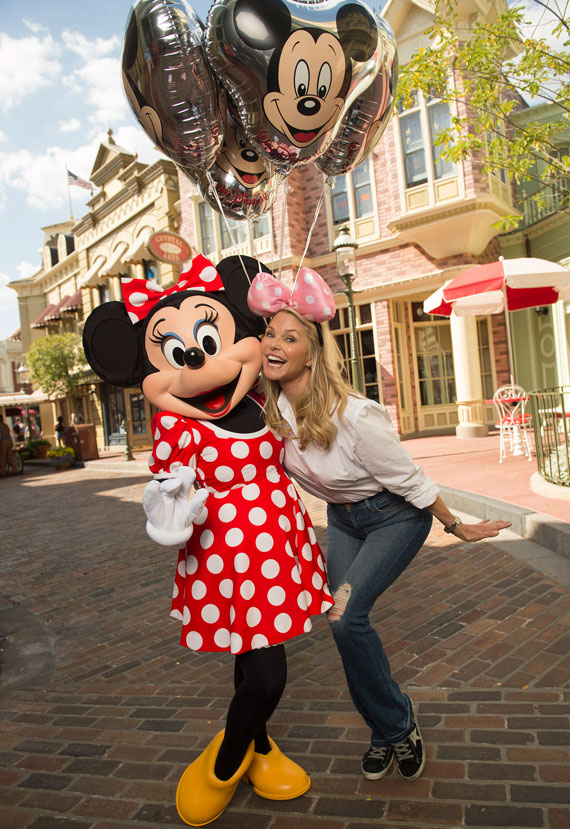 Supermodel and actress Christie Brinkley dons her own set of polka dots for a special photo with Minnie Mouse while vacationing at the Magic Kingdom yesterday. She also posted some additional picks on Instagram.

The obligatory short of Cinderella Castle

Back in 2006 Christie Brinkley was photographed with her son Jack Paris, then 11, and daughter Sailor Lee, then 8, while meeting Mickey Mouse during a visit to Magic Kingdom

What celebrities have you encountered while at a Disney theme park?