Frozen Ever After attraction construction at EPCOT

The Frozen Ever After attraction will be opening up in EPCOT later this spring. We’re expecting previews as soon as late April. Workers are still doing some work to the exterior facade behind that tarp, but little bits are showing through. For instance, it looks like they’re been closing (or shrinking) that opening where boats used to back up threatening to go over the falls.

Next door is the future meet and greet for Anna, Elsa, and Olaf (?) inside the Royal Sommerhaus of Arendelle.

Can’t see the video? Here are some photos from the update: 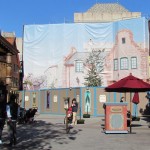 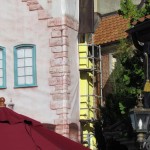 but there’s evidence of work 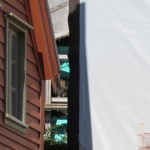 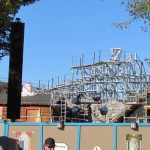 A mountain rises behind meet and greet 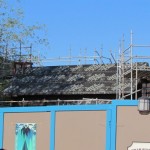 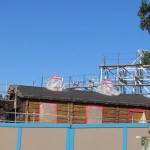 Frozen is Disney’s most successful animated feature and, despite some detractors, it will be great for it to have a permanent place in the parks. The thing about Disney films is there’s always a new generation of young ones to fall in love with them. And young sisters around the world will now make their way to the World Showcase to see Anna & Elsa in Arendelle (which is based off Norwegian mythos, so it all fits). The only question is how long the standby line will be if you can’t get a Fastpass+. Any guesses?