While we wait to learn what day this spring STK Orlando, a modern steakhouse with the ambiance of a sleek lounge, will open at Disney Springs, we at least now know who its executive chef will be. James O’Donnell, who has led kitchens from Los Angeles to Jacksonville, was introduced by the ONE Group Hospitality today. As executive chef, he will oversee day-to-day kitchen operations at the two-level, 15,000-square-foot steakhouse.

“STK’s entrance into the Orlando market, and specifically into the newly re-imagined Disney Springs, affords us a unique opportunity and we are very happy to have brought James onboard to oversee our culinary operations at the property,” said Jonathan Segal, CEO of The ONE Group.

O’Donnell brings international culinary experience honed over two decades to his new role at STK, as well as a passion for creating the ultimate dining scene. At STK Orlando, he will oversee two kitchens and approximately 70 employees. 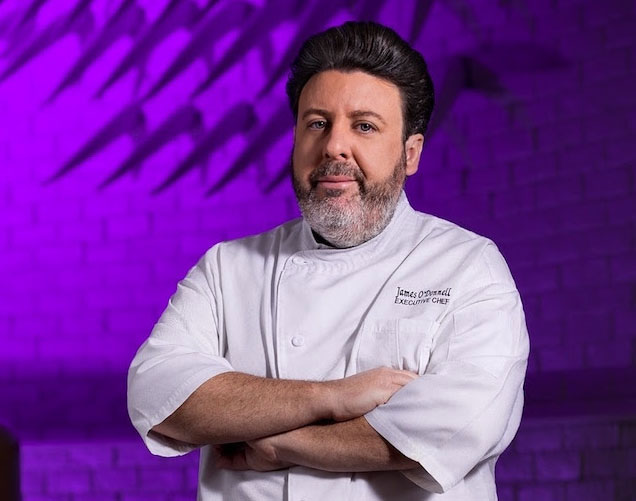 O’Donnell brings impressive credentials to his new role. From successfully apprenticing at dining venues in Las Vegas, O’Donnell was courted by the House of Blues restaurant in LA and became executive chef in 1997. Other stops included executive chef of Michael Jordan’s Steakhouse in the Mohegan Sun Casino in Connecticut, where he managed three eastern U.S. locations; director of culinary operations for Cornerstone Management and Consulting, overseeing eight restaurants in the U.S and Mexico; and partner and executive chef at The Capital Grille in Jacksonville, Fla. In 2011, O’Donnell returned to Cornerstone to direct culinary operations, including developing menus for ENO Wine Bars.

A native of San Diego, California, O’Donnell spends time with his family cooking outdoors over an open fire, enjoying new cuisines in various restaurants and hotels, and his hobbies include both hiking and kayaking.

Definitely an exciting concept for Disney Springs. I can’t wait to give STK Orlando a try.