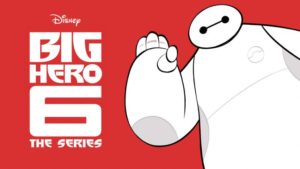 BIG HERO 6 – “Big Hero 6,” an animated television series for kids, tweens and families based on Walt Disney Animation Studios’ Academy Award-winning feature film inspired by the Marvel comics of the same name, has begun production for a 2017 premiere on Disney XD platforms around the world. (Disney XD)

previousBaymax is Back! Disney’s Big Hero 6 is coming to Disney XD