Videopolis: One Man A Cappella Circle of Life 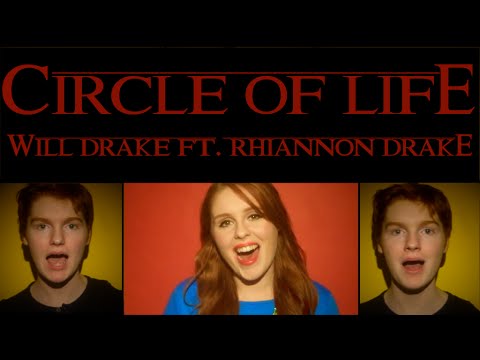 Will Drake is a talented YouTube artist from across the pond with a growing channel where he’s creating some impressive One Man A Cappella covers of popular songs. His most recent song has long been special to him as it is to many Disney Fans – “The Circle of Life” from Disney’s “The Lion King.”

Okay, it’s not exactly One Man, Drake did invite his sister Rhiannon to help, but the majority of the parts are done by Will.

After watching the video I reached out to find out what inspired Will to make the video.

“Growing up The Lion King was such an important part of my childhood, as it is for many people all over the world,” said Will. “The Circle of Life is such an epic song, I just had to try covering it. I had tried a few times before, but I just couldn’t do it – the song was so challenging with all the different parts! Somehow, this time it worked.”

Like Will, his sister Rhiannon loves Disney and The Lion King. “It was one of the first films she ever saw in the cinema,” said Will. “She was home for a while so I seized the opportunity to ask her to take part in it – she was excited to sing a Disney classic!”

Will’s first Disney cover was “I’ll make a man out of you” from Disney’s Mulan.