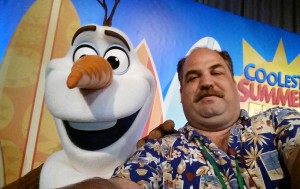 With a significant portion of Disney’s Hollywood Studios about to vanish behind construction walls, expect the park to layer in additional entertainment and character based experiences to help soak up the crowds. The first to be announced of these new experiences is a pair for character meet and greets.

Walt Disney World guests have long wondered when the popular sidekick Olaf from Disney’s Frozen would get his own meet and greet at the resort and Disney is finally making those dreams come true. Everyone’s favorite snowman, Olaf, will debut this spring. Olaf will be living his dream “In Summer,” chilling on the beach and ready with warm hugs for all his friends. He’ll greet guests in the all-new Celebrity Spotlight in the Echo Lake area of Disney’s Hollywood Studios. 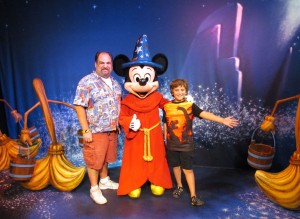 A new character location in the old American Idol audition area near the Sci-Fi Dine-In Theater Restaurant will feature Mickey and Minnie Mosue living their ‘Red Carpet Dreams’ as Hollywood A-List stars. Mickey will return with his Sorcerer’s Apprentice set from Fantasia and Minnie will be on a Tinsel Town starlet set straight out of a Hollywood musical number.

Mickey and Minnie’s location will be their new permanent home in the park while the Celebrity Spotlight location is designed to rotate characters. However, we’re told that Olaf will be there for the foreseeable future.

While no exact dates have been given for these meet and greet experiences to open, it sounds like there’s a chance they’ll open in April, but ‘Spring 2016’ is the official target.