Guardians of the Galaxy Vol. 2, first image from Marvel as filming begins 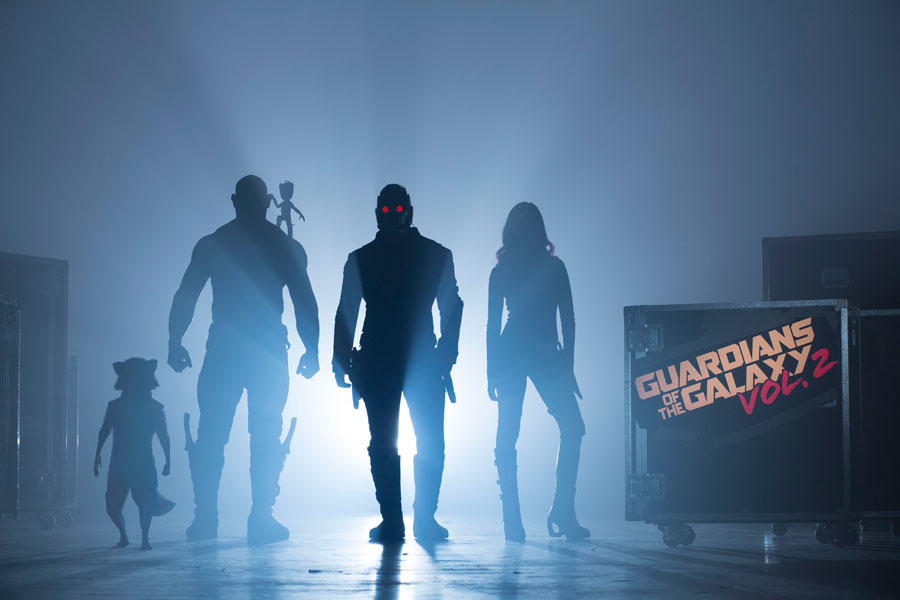 First. Look how cute baby groot is! Second we get our first official synopsis for the movie:

Set to the all-new sonic backdrop of Awesome Mixtape #2, “Guardians of the Galaxy Vol. 2” continues the team’s adventures as they unravel the mystery of Peter Quill’s true parentage.

Not much to go on there, but at least verification that the quest to find Starlord’s father is central to the story.

“Guardians of the Galaxy Vol. 2” is written and directed by James Gunn. The film marks the return of the original Guardians, including Chris Pratt as Peter Quill/Star-Lord; Zoe Saldana as Gamora; Dave Bautista as Drax; Vin Diesel as the voice of Groot; Bradley Cooper as the voice of Rocket; Michael Rooker as Yondu; Karen Gillan as Nebula; and Sean Gunn as Kraglin. New cast members include Pom Klementieff (“Oldboy”), Elizabeth Debicki (“The Great Gatsby,” “Everest”), Chris Sullivan (“The Knick,” “The Drop”) and Kurt Russell (“The Hateful Eight,” “Furious 7”). Russell is rumored to be Quill’s father, we’ll see.

The original “Guardians of the Galaxy” was a hit with critics and audiences alike, earning over $770 million at the worldwide box-office, and holds the record as the most successful debut film in the Marvel Cinematic Universe. In addition, the film’s soundtrack went platinum and was nominated for a Grammy.

Do you think the sequel will do better or worse at the box office?