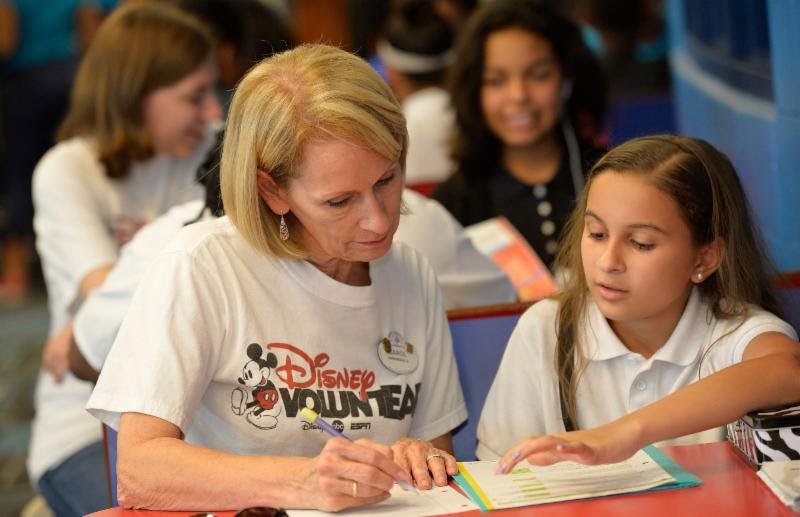 As Central Florida’s largest employer, Walt Disney World does not take lightly its responsibility to the community in which it operates. Each year it donates millions of dollar of cash and in-kind goods and services to local non-profits and charities. They’ve just released their total for 2015 and it’s a record $44 million.

“Whether sparking children’s love of learning, enhancing the arts or helping families struggling with homelessness, Disney connects with our community in a variety of ways to help make it stronger,” said Nancy Gidusko, director of corporate citizenship for Walt Disney World Resort. “Disney’s longstanding tradition of community support is a top source of pride for the more than 74,000 Cast Members who work here and call Central Florida home.”

One of the highlights of the past year was a celebration awarding more than $4.5 million in Disney Grants to 102 organizations. With these donations, local groups were able to play an even stronger role in supporting more than 250,000 Central Florida children and families. During a ceremony to recognize the grants recipients, the company announced two special gifts to benefit the Boys and Girls Clubs of Central Florida. The first was a $250,000 donation to the Boys & Girls Club of Lake and Sumter Counties to build a permanent facility in that community. The Boys & Girls Club Walt Disney World Clubhouse also received a gift of $100,000 to expand the club’s kitchen, which serves healthy meals to more than 100 Orlando kids each day.

Throughout 2015, Disney VoluntEARS provided assistance to the community by donating more than 200,000 hours of service, valued at more than $4.5 million. Whether donating millions of school supplies to local students or serving more than 9,000 meals to the homeless, Cast Members enthusiastically supported a variety of nonprofits and community groups throughout Central Florida.

In honor of their service, Disney gave more than $1 million to more than 500 nonprofits through the company’s EARS to You grant program. These annual grants recognize Cast Members’ VoluntEAR service with a contribution of up to $2,000 to the eligible charity of the Cast Member’s choice. Top EARS to You grant recipients in 2015 included Give Kids the World and the Pet Alliance of Greater Orlando. In addition, Disney recognizes an annual VoluntEAR of the Year, VoluntEAR Team of the Year and VoluntEAR Family of the Year with $2,500 cash donations to the charity of their choice.

Other notable contributions in 2015 included a $500,000 donation to the Homeless Impact Fund at the Central Florida Foundation to assist the region in ending chronic and family homelessness; more than 820,000 pounds of prepared, unserved food, which was donated to Second Harvest Food Bank through the Disney Harvest program; and more than $17.5 million in in-kind donations, such as clothing, industrial equipment, home and office furniture and personal hygiene items, which helped meet the needs of local nonprofits.

I used to work at Give Kids the World Village and know that its mission would be much more difficult to fulfill without the support of the Walt Disney Company an its cast members. Have you personally experienced the community support of Walt Disney World? Tell us in the comments below.