A visit to EPCOT usually means a ride on Soarin’, the popular attraction that takes you aboard a hang-glider to soar over the state of California. That attraction is currently closed to add a third theater and retool the existing theaters with digital projectors. We don’t know if they’ll be showing a digital print of the old movie or an edited version of the show going to Shanghai Disneyland, but it will reopen in a few months. 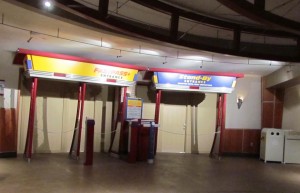 Soarin’ is closed and the queues walled off 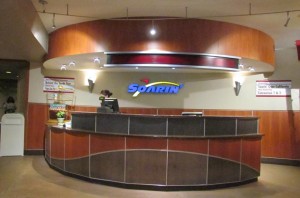 The soarin’ info booth is still open, as are tours of the greenhouses 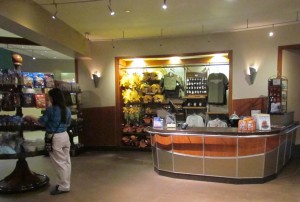 The Soarin’ Story is still open too, of course.

Until then, The Land pavilion is a bit of a ghost town with just two attractions and two dining locations. Now, Living with the Land is definitely worth a visit and you can eat some of the food grown in those greenhouses over at Sunshine Seasons.

I don’t know if any of the ingredients used in the Spicy Fish Tacos came from the hydroponic plants, but I’d heard about the recent addition to the menu at Sunshine Seasons and wanted to give it a try. 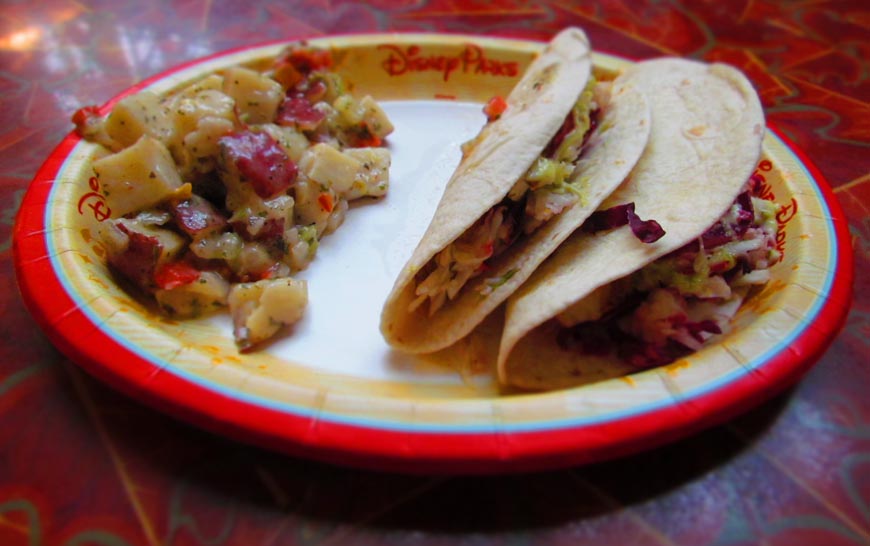 At the counter I asked for the Tacos and noticed I was served two tacos from four previously assembled tacos. It was hard to tell how fresh they were. Inside each taco was a filet of blackened tilapia topped with cole slaw and poblano pepper aioli for that spicy flavor.

The tacos are served with a side dish of either cole slaw or potato salad. Since there’s slaw in the taco, I choose the potato salad. I enjoyed the vinaigrette dressing. The peppers and red potatoes were not too spicy, but definitely had a flavor profile that paired well with the fish.

In the end, my tacos were flavorful, but a bit stale, as I predicted. If I ordered them again, I’d ask that they be freshly made. The fish filet was a good portion that more than filled the tortilla used as a soft taco shell. I did find that the portion of slaw included in each taco varied. The good news is that they were not too greasy or too juicy. 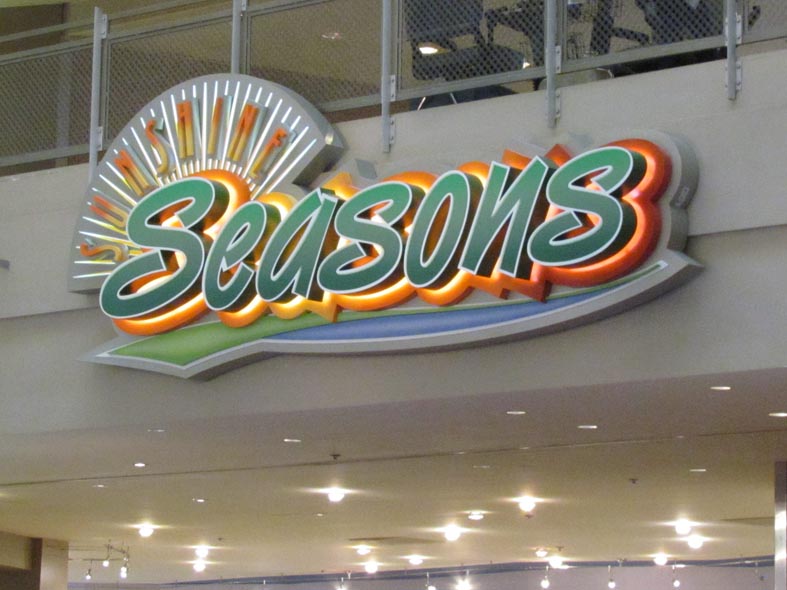 The Spicy Fish Tacos currently sells for $11.79, which places it right in the middle of the price range for Sunshine Season. It’s nice to the restaurant mix up their offerings with a new addition every now and then too.

Do you make a point to eat at Sunshine seasons when you visit EPCOT?