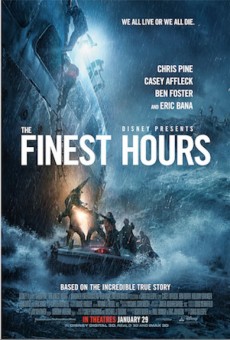 Before I saw “The Finest Hours” at a press screening on Tuesday, I already had an idea of the review I’d be writing. Movies are typically released in January because the studio either wants to bury them or just doesn’t know what to do with them. I was hoping it was the latter, but was prepared to write the former.

Judging by the mess Disney’s marketing machine made out of promoting the film, I don’t think they ever really understood exactly what would make it attractive to audiences. It’s not the dark and dramatic sea rescue scenes or the fantastic set of the broken freighter that were featured in the trailers and posters, instead it’s the very personal stories of real people that the film treats so wonderfully. While the credits roled, I was left wondering, if this film had been released in November or December, would it be getting Oscar buzz right now? We’ll never know, because Disney decided to release “The Good Dinosaur” in November and the box office monster that is “Star Wars” in December.

So I’m writing this review and publishing it a day early in hopes I can convince you to overlook the poor marketing and go see this film in theaters.

“The Finest Hours” starts in 1951 with the tale of Bernard Webber (Chris Pine) and switchboard operator Miriam (Holliday Grainger). They meet on a blind date, fall in love and eventually get engaged. But always lurking there in the background is the ocean and Webber’s duty via his job in the Coast Guard. 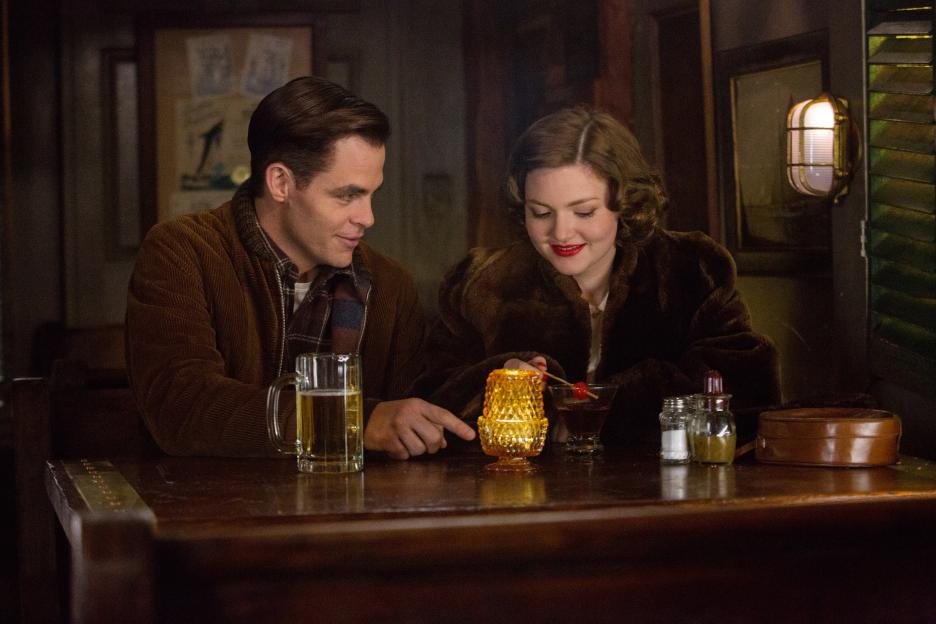 On the fateful day in 1952, there are actually two ships that break apart in a bad storm, known as a nor’easter, off the coast of Cape Code. One of the ships, the “Pendleton” is actually close enough to shore that its distress horn can be heard. With the captain and part of the crew lost, Ray Sybert (Casey Affleck) takes command. Through his leadership the remaining crew struggles to survive. 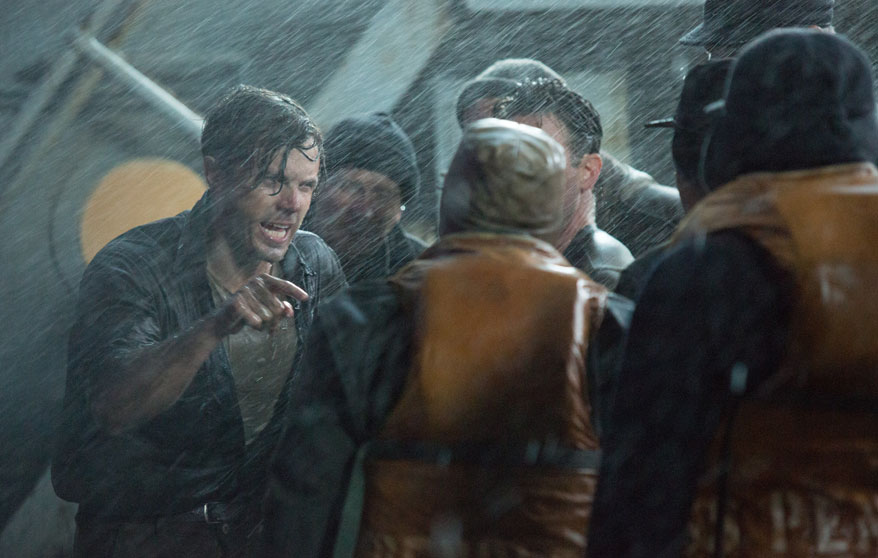 The board is then set for the true story of what is now regarded as the greatest small ship rescue in Coast Guard history. Four men, led by Webber, set off into a freezing cold ocean in the middle of a dangerous storm with no guarantee they’d make it out of the harbor alive, let alone accomplish their goal of rescuing sailors on that damaged tanker. And yet, they did so because it was their duty. A duty not just to themselves and the men they promised to protect, but to the nation as members of our country’s elite coastal navy – the Coast Guard. And thus, we have the primary theme of Disney’s new movie “The Finest Hours”.

The crew of four are assigned to man a small cutter (I’ve seen larger surf boards) led by Webber and affect a rescue. The men leave the shore and potentially their lives to take the small craft out in rough seas. Will they make it in time? What will become of the family they leave on shore? And will the rescue craft be able to save all the crew? 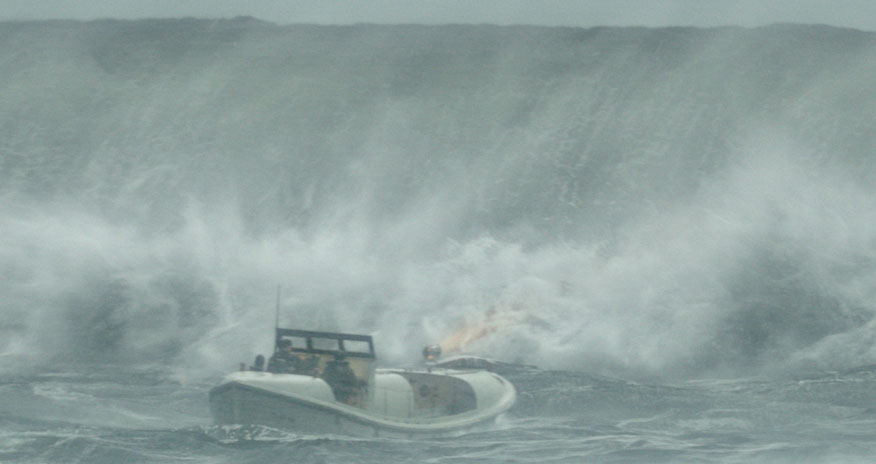 It turns out the Chris Pine is able to give a nuanced acting performance, one that diverges in nearly every way from his role of Captain Kirk (other than they’re both captains of a vessel, of course). Casey Affleck does a fine job with his determined ship hand thrust into leadership role, and Holliday Grainger portrays the worried spouse to a tee. Some of the strongest performances are put in by the supporting cast. Some speaking in a Cape Cod accent so thick it’s made fun of by other characters.

In fact, there’s a secondary theme of being out of one’s element and having to adapt and persevere to survive. The great part about the film, is that for the most part, everyone does.

I was worried the whole movie would be dreary and dark like the previews, but it’s not. Quite a bit of it takes place on shore, which is a quaint village and a bit of a winter wonderland resplendent in retro 1950s vehicles and attire. Portions of the boat scenes are during the day, but when the storm gets intense and night falls, it does indeed get dark. But, hey, those were the facts of the rescue.

I am not sure exactly what Disney was trying to do with the dark, grey trailers. There was little in them to get us emotionally attached to the characters and while the waves looked gigantic, it’s not enough to draw audiences to a movie (maybe a water park). How are we to be swept up in the drama of a rescue operation when there is no connection with the stories of the people who were the real heroes.

Some reviews claim the movie never comes together and that the characters aren’t allowed to shine. I think they missed that this is a period piece about ordinary people who do what they must to survive an extra-ordinary situation. These weren’t supermen, they were every-man.

The whole audience applauded at the end of our screening and the critics I talked to were in general agreement that Disney missed the boat on the marketing of this one.

While we know how the movie ends, it’s still up to you to give the movie a good ending in the box office. I hope you’ll give it a shot. See it on the largest screen you can find. I liked the 3D, but it’s not absolutely required to enjoy the film.