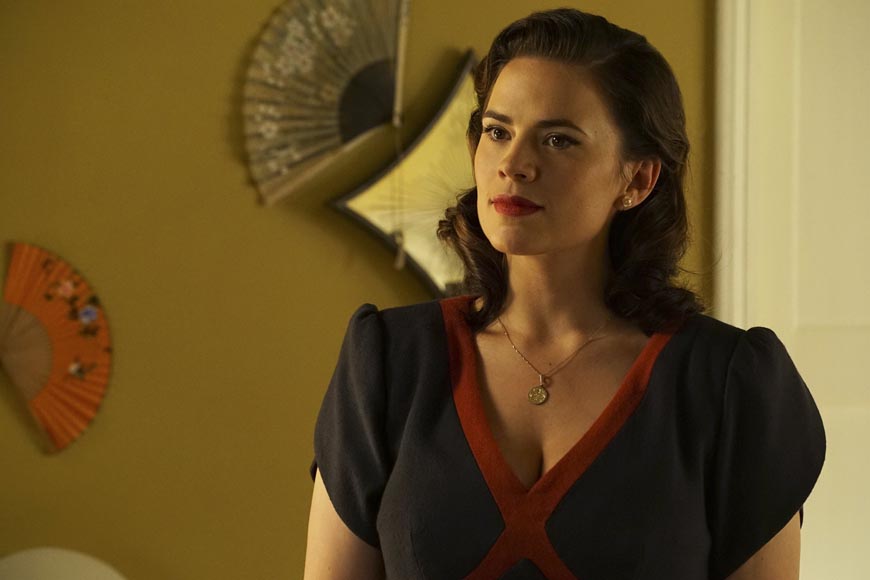 This week’s episode of Marvel’s Agent Carter started with the discovery that Jason Wilkes, the man who disappeared last week, is a Communist. At least, that’s what the evidence in his house wants everyone to believe, but Peggy and Sousa both think that the evidence was planted and before they can prove otherwise, word gets out to the papers that their friend is, indeed, a communist.

We also got to see Howard Stark again, as well as a great nod the old Kid Colt comics and a clever line from Peggy about the ridiculousness of a movie based on a comic book. Stark tells Peggy and Jarvis that the pin they found, and the one Dottie was after, is from the Arena Club, an elite social club, for men only, of course.

Stark uses his wit and charm to sneak Peggy into the club so she can investigate. She finds the secret room where Chadwick has been meeting with the Council of Nine (a variation of The Secret Empire from the comics) about the Zero Matter. She tries to plant a microphone under the table, but the plan backfires. 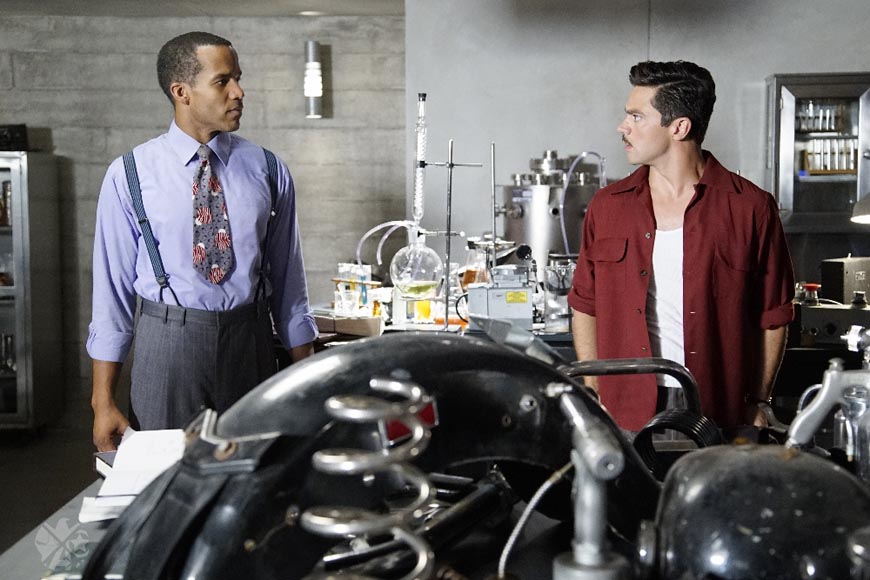 Meanwhile, Jack surprises Peggy and Sousa by showing up in Hollywood. He quickly dismisses their theory that Jason was framed and is incredibly frustrated that all Peggy seems to be bringing him is crazy conspiracy theories about rigging the Senatorial election with no evidence to back it up. Finally fed up, he orders Peggy back to New York.

As she’s packing up her desk, she and Sousa discover that Peggy seems to have been contaminated by the Zero Matter. They go to Stark who is able to determine that she has not been contaminated, but there does seem to be something going on. He uses his latest invention, which makes invisible waves visible, causing Jason to appear. He is only able to be visible for a short time, but it is long enough to tell them that Whitney Frost was there the night of the explosion looking for Zero Matter as well.

Peggy decides to pay a visit to Frost, which doesn’t go over well. At the same time, Jack is giving the footage of Zero Matter over to Vernon, his mentor from the FBI. Jack says he trusts Vernon, but you can see the hesitation in his face.

That evening, Frost manipulates her husband and convinces him to send one of his men to kill Peggy. She is attacked but Jarvis jumps in and the two of them are able to chase the henchmen away.

The next morning, Peggy discovers that Jarvis and Stark have spent the night improving the security measures around the house, including a recording of Jarvis’ voice warning off intruders. This leads to Jarvis remarking that he doesn’t enjoy being just a disembodied voice. Lots of nods and inside jokes this week.

Stark is off to Peru to find more help and Peggy goes back to the SSR where Sousa reveals the connection Whitney Frost has with Isodyne.

The episode ends with Frost accidentally using the Zero Matter inside of her to absorb her boss and Jack being welcomed into the Arena Club by Vernon and introduced to Chadwick.

This season promised many things, one of which being a potential love interest for Peggy. Right now they’re playing up three potential candidates, unfortunately one of them is married, one is about to be engaged and one is currently made up of invisible wave lengths instead of flesh and bone.

What did you think of this week’s episode and who are you “shipping?”

previousWhat if… Alice in Wonderland was a Horror film?
nextThe Muppets Perform their theme song A Capella on way to Reboot