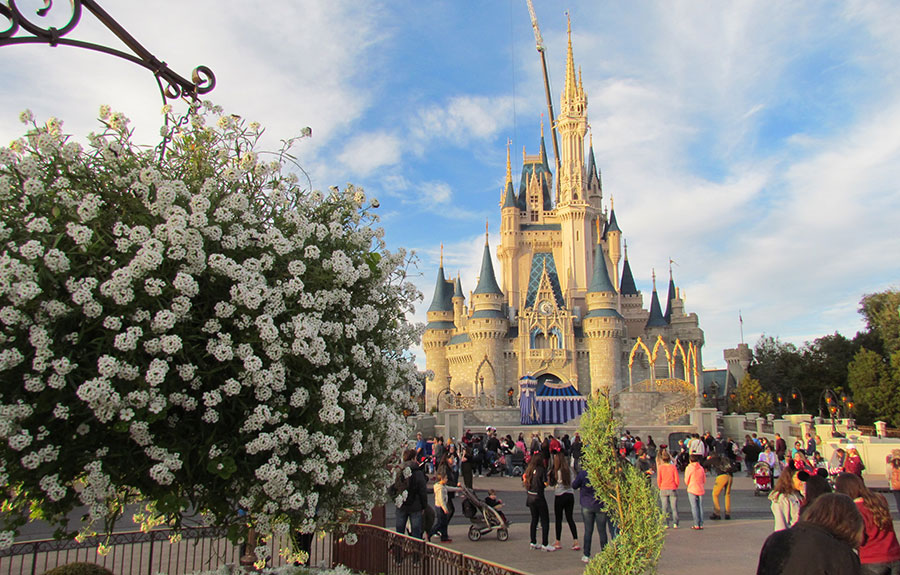 A brief update from the construction at the Cinderella Castle forecourt courtyard stage. The area in front of the castle has received new towers, lights, slightly longer ramps, and landscaping giving the castle a tad more mysterious curbside appeal.

The work on Cinderella Castle is the final phase of construction remaining from the giant plaza / hub remodel project. The goal of the project was to provide more of a park like atmosphere and additional pathways for guests to navigate, relieving congestion during parades and fireworks.

If you can’t view the video, here are photos from around Cinderella Castle at the Magic Kingdom:

While there was a lot of calumny And consternation when Disney first introduced this project for the Plaza / Hub at the Magic Kingdom. I have to say I’m more than pleased with the result. The only thing that would have been better, is if Disney could have magically added another 100 feet between the hub and the castle to allow more off the street seating for the stage shows.

What do you think of the project now that it’s almost finished?