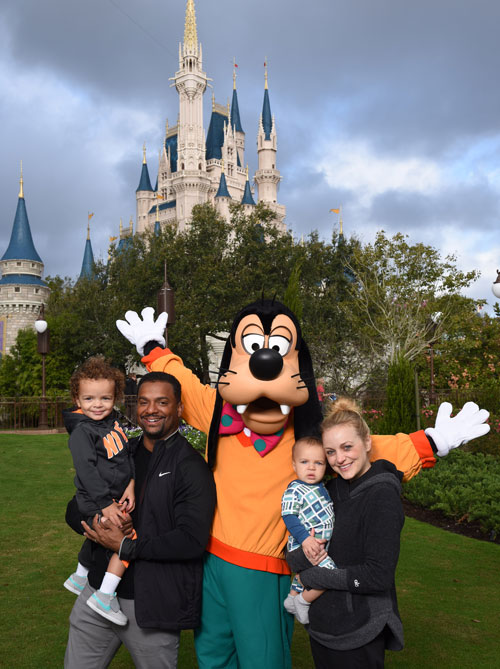 Actor and television host Alfonso Ribeiro, his wife Angela Ribeiro and kids Alfonso, Jr. (left) and Anders (right) pose in front of Cinderella Castle on Jan. 17, 2016 with Goofy at Magic Kingdom in Walt Disney World. I wonder if they danced the Carlton or perhaps tried the Perfect Cast?

Ribeiro, host of ABC’s AFV (formerly known as America’s Funniest Videos) and Unwrapped 2.0 on the Food Network’s Cooking Channel, was vacationing with his family at Walt Disney World Resort.

Who doesn’t love a trip around the Walt Disney World Speedway too?

The Ribeiro’s must love vacationing at Disney, they were spotted at Aulani Resort in Hawaii last August.