Stunning concept art for revised Rivers of America at Disneyland

There have been many who felt that Star Wars land was not a good fit for the west side of Disneyland (it is space fantasy smashed between western exploration and singing critters). Others thought that the gain of Star Wars was not worth the sacrifice of the original shape of the Rivers of America (drawn by the hand of Walt Disney himself) and Big Thunder Ranch area (not to mention the backstage rearranging). Still more thought that Star Wars (and by extension Marvel) deserves more than a 14-acre addition to Disneyland, perhaps its own third gate in Anaheim.

No matter what camp you fell into, all those arguments are moot as today Disneyland released the first artwork indicating how the new Rivers of America back portion will look with a re-routed Train and much smaller river circuit. We do see that the new riverbank will feature waterfalls, an elevated trestle for the Disneyland Railroad.

Keeping in mind this is an artist concept only, let’s take a closer look at the vision. Starting on the left, toward Frontierland station, you’ll notice the tunnel is gone as are all the wildlife and native American figures from around the river.

Right around the train there are some beautiful waterfalls and the Native American chieftain moved a little further down the trailer. Look closely at the elevated trestle and you’ll see rails along the side of the bridge (OSHA compliance is always in mind these days).

Looking across the river, there is a new shape for Tom Sawyer Island. The Settler cabin has been moved. No word if the smoke will follow it. There’s also a Keel Boat moored on the side. It would be awesome to see those return to the river.

On the far right, the train enters a tunnel where it will emerge on its new path to “it’s a small world.” The new track path routes the train on the other side of the Fantasyland theater than it currently exists. So a new Fantasyland/Towntown Station will have to be constructed.

What we don’t see is if Fort Wilderness will be restored, how much of the island will reopen, how the sight lines will change from New Orleans Square and Frontierland, and more. Will the humorous elements be retained? What will happen to the two big river boats? Will they still sail the river or be docked and put to other uses?

Myself, I’m a fan of Disneyland opening a third gate to showcase Disney Imagineering’s best attractions from around the world. Star Wars and Marvel should be a part of that, for sure, but there’s no reason that still can’t happen even with the project. After all, Disney doesn’t have just a three film deal for Star Wars, it bought Lucasfilm and will have the whole library of stories and mythology (new and old) to capitalize on going forward.

I’m not happy they’ll be abbreviating Tom Sawyer Island and the river boat attractions to make way for the expansion, but I understand the reasoning. Disneyland has keep atop of modern audience demands when it comes to theme parks. Ironically, audiences are demanding exactly the sort of immersive world creation Walt Disney invented with his five themed lands of Disneyland. A Star Wars land that’s as immersive as this promises to be, will fit right in. 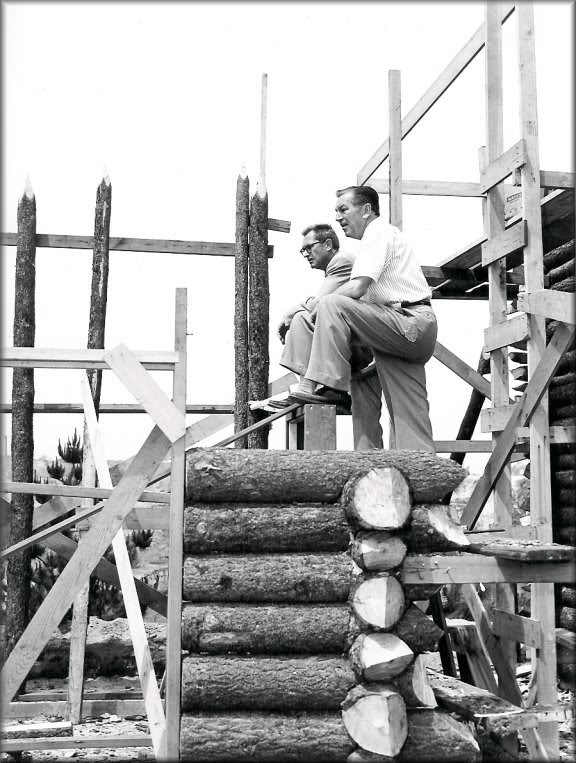 One of my favorite photos of Walt Disney is when he’s standing with my grandfather Vic Greene on Tom Sawyer Island as they look out from the construction of the original Fort Wilderness. You can imagine Walt surveying every detail to make sure his park was perfect. In the end, that’s all fans ask, get the quality and the details right and we’ll be there to support whatever vision gets built.