Congratulations to all the Walt Disney World marathon weekend participants. Other than a little rain interrupting the half-marathon, it sounds like it was a successful weekend. I snuck into EPCOT to watch the last few runners complete the marathon yesterday and felt so inspired by their dedication to completing the monumental task.

Overall more than 100,000 runners and fans too part in the four-day runDisney event.

Under unseasonably warm and humid temperatures, Brazilian runner Fredison Costa, chalked up his third straight win at the Walt Disney World Marathon presented by Cigna Sunday with a time of 2:33:24. With this win, Costa has now won the Disney Marathon five times in the past six years.

For the past two years, Costa has been living in the Orlando area and training at ESPN Wide World of Sports Complex at Walt Disney World Resort under the guidance of former US Olympic track coach Brooks Johnson. But the unseasonably warm and humid conditions zapped his speed, saddling him with the slowest of his five Disney victories.

“I am very happy to win here at Disney today and defend my title. I love the people and I love Disney,’’ Fredison said. “My dream now is to qualify for the Olympic Trials in the upcoming London Marathon and run in this year’s Summer Olympics in Rio de Janeiro.”

Mateus Trindade, also from Brazil, finished second again this year with a time of (2:34:49), just over a minute behind Costa. Jeff Martinez of Binghamton, New York, finished third (2:36:00). 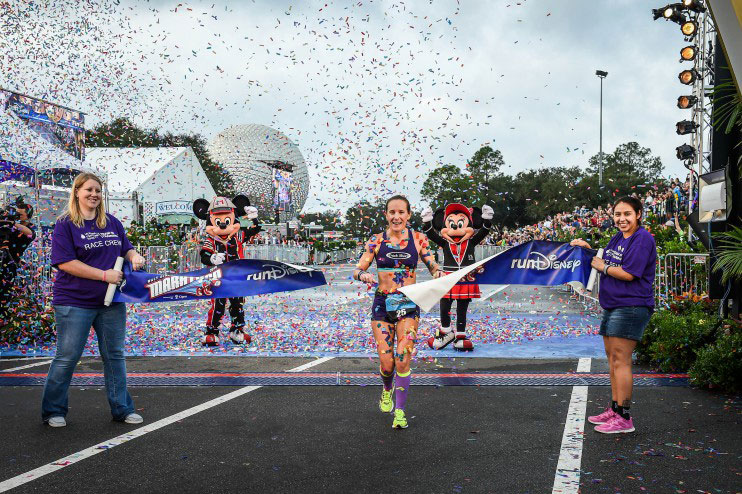 Natasha Yaremczuk, 35, of Montverde, FL, was the first female finisher with a time of (2:52:23). It was Yaremczuk’s first victory at the Walt Disney World Marathon after running various runDisney events in the past. Jennifer Walton of Wesley Chapel, Florida, was second (3:01:38) and Corina Canitz of Brookfield, Wisconsin. (3:03:48) was third.

“I have raced Disney in the past and always loved it,’’ said Yaremczuk. “Today, I found myself taking more water breaks than ever before due to the humidity.”