Once the holidays are in the books, Disney’s Hollywood Studios will begin prep work so major construction of the two new lands themed to Star Wars and Pixar’s Toy Story can actually begin. There is a lot of work with draining, parking, roads, swamp, and conservation areas that has to be accomplished to allow more substantial work in the lands to begin.

In order to facilitate this construction, two meet and greets and a coffee kiosk will be closed as soon as today. The Phineas & Ferb and Lightning McQueen & Tow Mater meet and greets are located near the back of the park between Muppetvision and the Premiere Theater. The Joffrey’s coffee kiosk is in the same area. 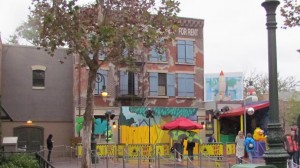 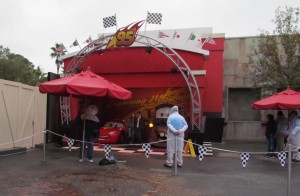 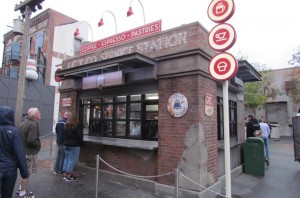 It’s unclear if the Premiere Theater will also be immediately going away, but now that Comedy Warehouse performances are gone, it’s believed that location’s days are numbered as well and the group has closed down another building.

While no official dates have been given, it’s expected that Toy Story Land will open in 2018 and Star Wars Land in 2019.