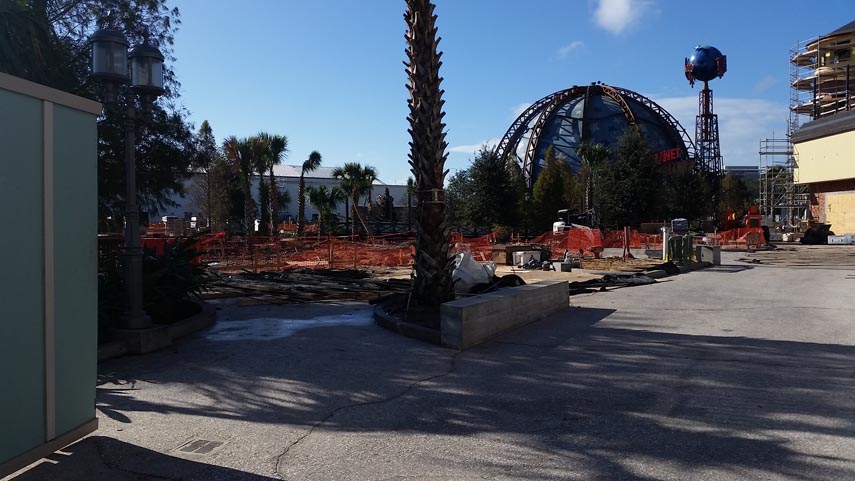 The holiday season gets so crazy at Walt Disney World, at times it can seem like wall-to-wall people. However, ever you arrive really early, you can sometimes find yourself pretty much alone. That was our situation as we showed up for an early screening of Star Wars: The Force Awakens at the Disney Springs 24 AMC Theaters.

We didn’t take the full loop of new construction, but we did capture quite a bit of progress being made. 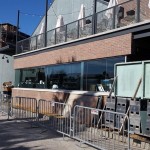 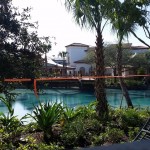 “The Springs” of Disney Springs now has some water in it 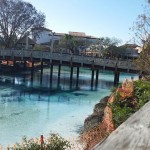 This bridge takes you from Town Center to the Landing 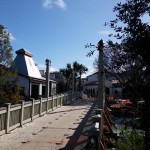 Another angle of the bridge 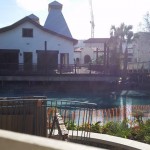 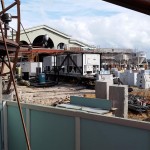 The power generators for Planet Hollywood and entrance to Town Center 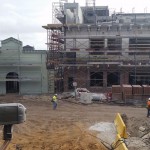 Not sure what the small building on the left is, but the right looks to be a restaurant 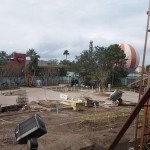 A large space between Planet Hollywood and the Westside.

We know that when Town Center opens, it will feature stores like Zara, Lilly Pulitzer, UGG, UNIQLO and many others. As for restaurants, we know that Chef Rick Bayless will open at Frontera Fresco Restaurant and Chef Art Smith will open Homecoming: Florida Kitchen and Southern Shine. There is rumored to be a Walt’s location and we’re already seeing construction on STK Orlando (nearly finished) and The Edison. We also learned that a wine bar is probably coming to The Landing area.

Morimoto Asia has already made two changes. They’ve extended the hours of their Forbidden Lounge and Sushi bar to 2AM and opened a Street Food counter from 5pm to 11pm.

We just reported on our visit to The Ganachery Chocolate Shoppe, but we neglected to share this video we shot via Periscope.

Finally, as we reported last week, there was a bit of a brouhaha raised after a fight between a restaurant patron and staff escalated into a general panic among guests at Disney Springs. Disney has already changed some security procedures at the shopping and entertainment district, but today another big change was announced. Orange County Sheriff Deputies will start patrolling on horseback in 2016.

We’ve seen these patrols at some of the local malls and the Sheriff had deployed mounted patrols a few years ago at Downtown Disney. With construction going on, it’s going to be interesting to see where they choose to patrol and how much of their job will just be to take pictures with tourists. Stay tuned and we’ll keep an eye on the situation.