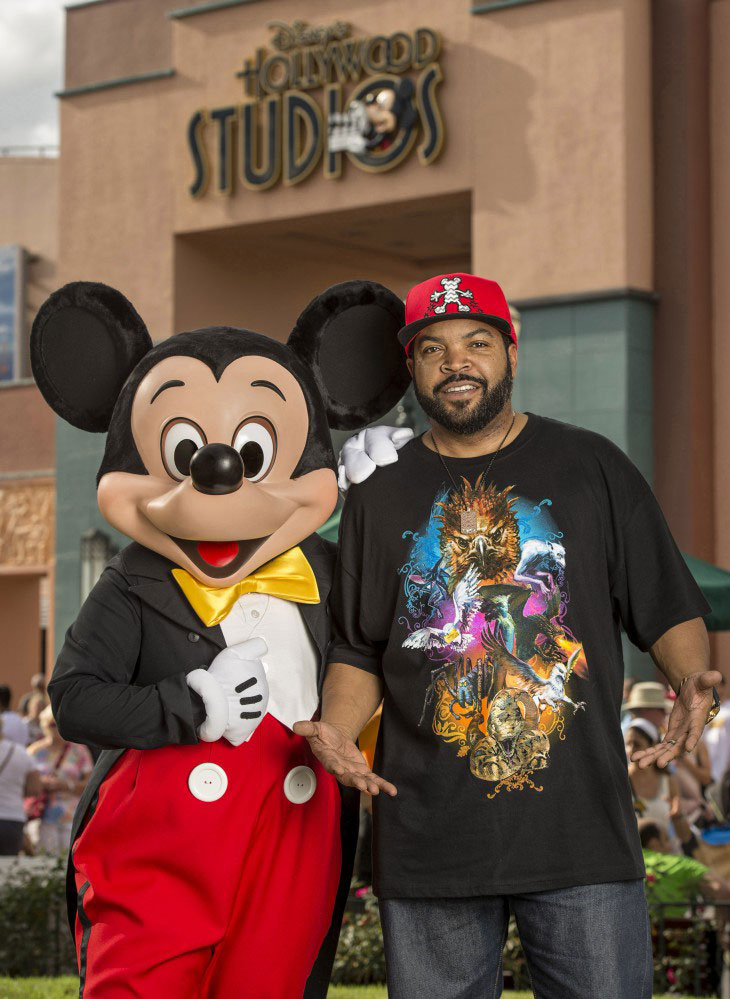 Proving even old school rappers love Disney, Ice Cube (real name O’Shea Jackson, Sr.) visited Walt Disney World while in Orlando vacationing with his family. Mr. Cube’s career has grown to include acting and film production, not to mention a line of clothing and assorted endorsements. With so much Hollywood in his background, it makes sense that he met Mickey Mouse at Disney’s Hollywood Studios.

Ice Cube stars along with Kevin Hart in the movie sequel “Ride Along 2” from Universal Pictures.