It’s a yearly tradition that shows off the great resort that is Disneyland and gives a bevy of student athletes a chance at some fun before the big game. That game is the Rose Bowl in Pasadena, CA. This year it will host No. 5 Iowa and No. 6 Stanford and their fans.

The football teams will play in the 102nd Rose Bowl Game on Friday, January 1, 2016. But first they met off the field for their first official pre-game appearance on Saturday, Dec. 26, in a ceremony at Disney California Adventure Park. The Stanford Cardinal are the Pac-12 Conference Champions, and the Iowa Hawkeyes are the Big Ten West Division Champions. 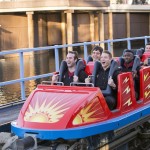 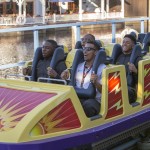 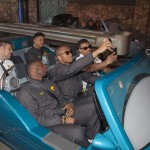 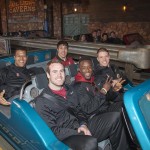 For Stanford, this will be the third time in four years and the 15th appearance all-time in the Rose Bowl Game. The Cardinal also makes history for being the Pac-12 champion during the 100-year anniversary of the conference. Iowa will make its sixth appearance overall in the Rose Bowl Game, and the first since 1991. The two teams have never met in a football game in the schools’ history.