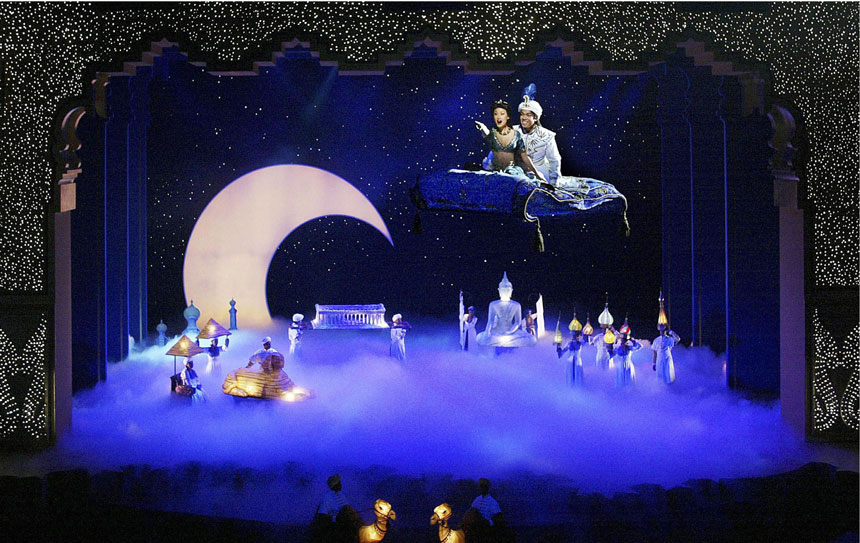 It took a while for the Hyperion Theatre at Disney California Adventure to settle on a show that worked in the space. But when they did, they found one that lasted for over 14,000 performances. That show is “Disney’s Aladdin – A Musical Spectacular” and the end of its 13 year run will be on January 10th, 2016.

As Disney has previously announced a new stage presentation of “Frozen” will move into the Hyperion Theater in the summer of 2016. But let’s not jump ahead yet. Here are some amazing facts and figures about “Disney’s Aladdin.’

‘Disney’s Aladdin – A Musical Spectacular’ By the Numbers

If you want to catch one of the last shows, we definitely recommend taking advantage of the Fastpass service to reserve a show time.

Are you sad to see Aladdin go from Disney California Adventure?