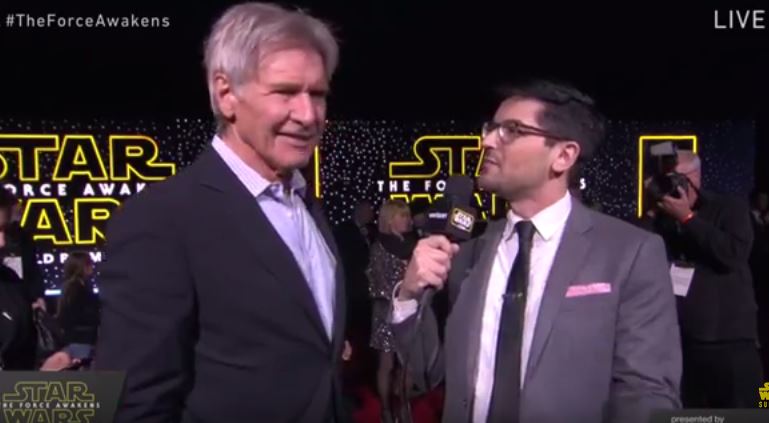 The original Star Wars film had no grand opening. It only played at 35 theaters for opening weekend. But eventually all the stars did the turn out for George Lucas’ mega-blockbuster and the movie industry was changed forever. Tonight’s Hollywood premiere for “Star Wars: The Force Awakens” was at the polar opposite of the excitement scale.

StarWars.com live-streamed the “Star Wars: The Force Awakens” world premiere red carpet direct from Hollywood where the production closed down more than a block of Hollywood Blvd in front of the same theater that houses The Oscars. During the livecast, hosts Anthony Carboni, Andi Gutierrez, and David Collins talked with the cast, creators, and fans, and reported on all the action from the movie event of the year.

You can watch a replay of the 90 minutes of red carpet action online. The coverage starts at at the 7:15 minute mark.

Alright everyone. It’s up to you to keep calm until your first viewing of Episode VII. Do you think you can handle it?