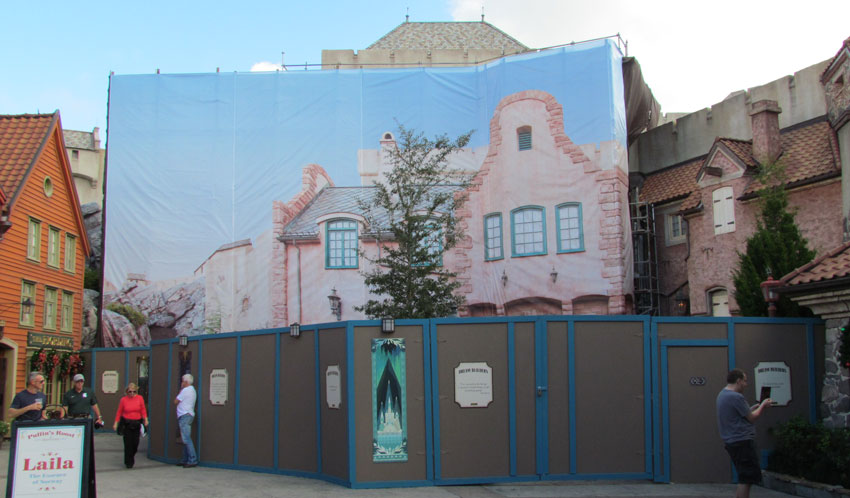 A new attraction themed to Disney’s box office hit animated feature “Frozen” will open in EPCOT’s Norway pavilion next year along with a new meet and greet area for the Queen Elsa, Anna, and the snowman Olaf.

The “Frozen Ever After” attraction will reuse the existing boats and only make slight changes to the route of the track. We can see in this update that work has started on refurbishing the exterior of the building, where the attraction entrance will be.

The meet & greet will open in previously unused space between the Mexico and Norway pavilions.

This is a short video with the latest construction visible from within the park:

There has been some controversy over whether the fictional “Arendelle” belongs in Norway. But film creators were pretty clear that the movie was inspired by Nordic culture from music to costumes and down to the exact fjord Arendelle was built on. So I would say it fits.