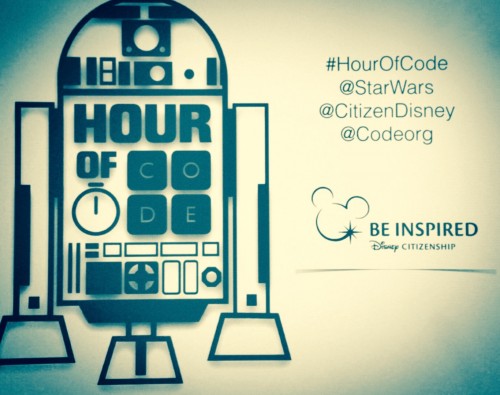 You may have noticed the national shift toward STEM (science, technology, engineering, and mathematics) and STEAM (STEM with a twist of art) curriculum in your local schools and clubs, and that’s a good thing. After all, the children are the future, and the better their understanding of all things STEAM, the better the world will be—not that there is any pressure.

This week is Computer Science Education Week (December 7-13) and to show their support for the third annual Hour of Code global campaign, Disney provided a Star Wars “build-your-own-game” tutorial with non-profit Code.org at the Disney Interactive HQ (that means “headquarters”) on Monday, December 7, for local Boys & Girls Clubs, Girls Inc., and TXT: Teens Exploring Technology. My kids were there, too, because it was too warm to leave them in the car (it’s L.A.). Plus, they LOVE coding. 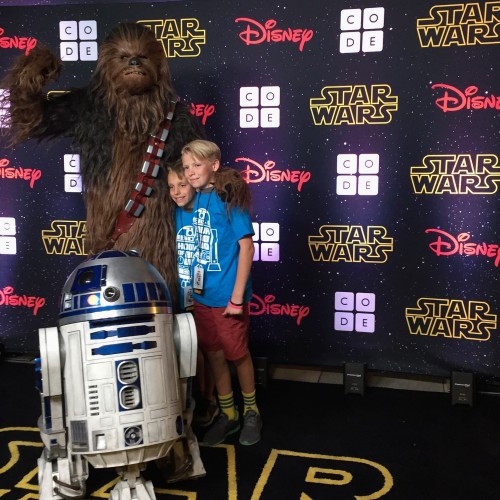 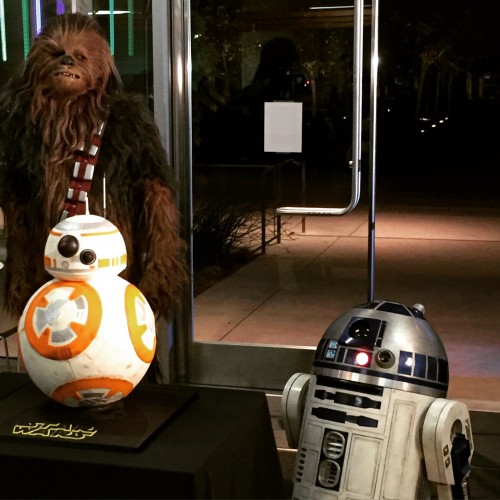 The BB-8 cake was a hit with kids, droids and wookiees!

The purpose of the event (and Computer Science Education Week in general) is to nurture creativity and teach logic, both very important in the world of coding. The kids were able to build their own Star Wars game and to get live feedback from one of the many coding experts (Disney executives, tech employees and Code.org engineers, respectively) that volunteered their time for the occasion. 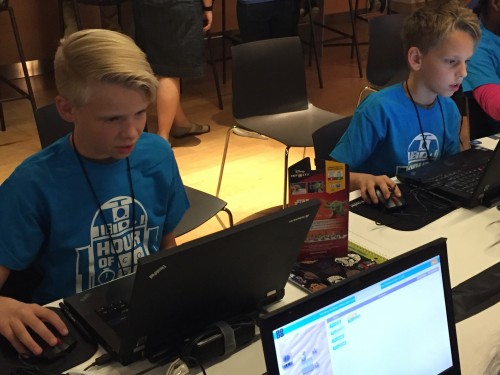 In the Star Wars tutorial kids have the opportunity to join forces with Rey and BB-8 from the upcoming film Star Wars: The Force Awakens, through a space mission, and then team up with Princess Leia to build their own game featuring R2-D2 or C-3PO. Your kids (and you) can try it at home! May the Force be with you!

For more information on Code.org, a non-profit dedicated to expanding access to computer science and increasing participation by women and underrepresented students of color, please visit their website. To learn more about Star Wars you can look pretty much anywhere.

Special thanks to Disney Consumer Products and Interactive Media, Lucasfilm, and Disney Citizenship for supporting #HourOfCode.

Note, there is also a Disney-Pixar Inside Out tutorial available from Made With Code.