Last week saw the addition of a whole slew of Star Wars experiences to Disney’s Hollywood Studios. Even though Disneyland’s “Season of the Force” opened a few weeks ago, this was actually a ‘rush job’ for Orlando as the original opening date was in January, well after the debut of “Star Wars: The Force Awakens” in local theaters. Wouldn’t be much of a preview if the movie had already opened, would it.

So good job to Disney’s team who managed to get a majority of the new Star Wars themed experiences open in time for a media preview on Friday. We sent our “A Disney Kid’s Life” reporter, Indigo, to cover the event:

You’ll note that DHS has dropped the “Seasons of the Force” appellation. This is likely because the majority of the experiences will stick around longer than out in California. Also, I believe there was some worry that if it was an ‘event’ it would be seen as a cheap replacement for Star Wars Weekends, which has been canceled.

Disney officials wouldn’t go on the record about whether an official name for the Star Wars ‘stuff’ is coming, but they wouldn’t rule it out either.

So what exactly did DHS get? The new Star Wars experiences include:

Star Wars Launch Bay
Located in Animation Courtyard, Star Wars Launch Bay is a primary location within the park for fans to celebrate all things Star Wars. In this multi-sensory space with an outdoor queue area lined with special concept artwork, guests can interact with beloved Star Wars characters, tour galleries featuring treasured memorabilia and replicas of large-scale Star Wars artifacts, including ones from Star Wars: The Force Awakens, and play the latest Star Wars interactive video games, plus have access to special Star Wars merchandise.

Star Wars: Path of The Jedi
Guests looking to relive the stories from the Star Wars saga or be introduced to the iconic characters, including ones from Star Wars: The Force Awakens, can watch an abridged, cinematic reel celebrating the Star Wars saga (episodes I-VII) in a theater setting near Echo Lake.

Star Tours – The Adventures Continue
Fans of this popular attraction will experience journeys involving new characters and adventures from Star Wars: The Force Awakens. Based on the Star Wars films, Star Tours takes guests to multiple Star Wars destinations where they interact with characters from throughout the saga. With an eye-popping digital presentation leveraging Dolby 3D to deliver a vivid and realistic experience, a dramatic musical score and motion simulator-based technology, guests are immersed in the Star Wars galaxy like never before on a theme park attraction.

Jedi Training: Trials of the Temple
This popular entertainment offering has been reimagined with new characters and a new villain to battle from Star Wars Rebels. Younglings will be guided to the site of a secret and ancient Jedi temple where they will face villains such as Darth Vader and the Seventh Sister Inquisitor from the popular Disney XD series Star Wars Rebels, and discover if they have the makings of a true Jedi.

Stormtrooper Patrols
As guests enjoy the sights and attractions of Disney’s Hollywood Studios, they may come face to face with First Order Stormtroopers who will patrol various areas of the park, interacting with guests during their mission to find members of the Resistance.

“Symphony in the Stars: A Galactic Spectacular’’
Starting Dec. 18, guests will be treated to a spectacular finish to their visit to the park involving a dazzling Star Wars-themed fireworks show set to memorable Star Wars music from throughout the saga. 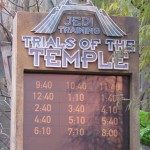 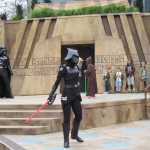 And a new villain to go with a new look 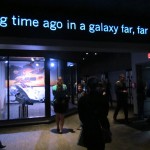 The old Animation building has been transformed 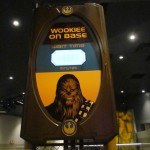 Meet either Chewbacca or 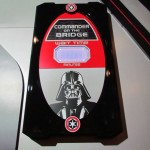 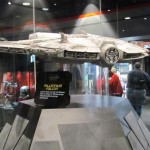 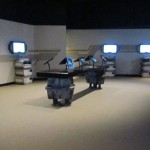 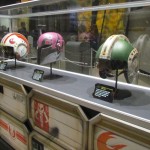 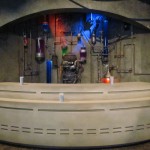 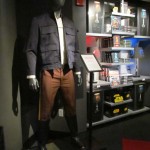 You knew there would be a store 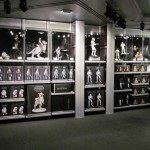 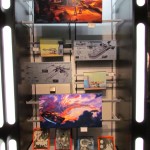 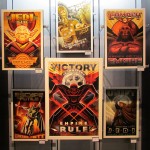 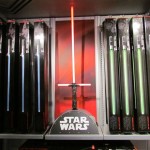 Of course, there are lightsabers

All in all, it’s a decent amount of Star Wars ‘stuff’ they’ve imported to DHS to help manage crowds while the park goes through a major overhaul. Will it be enough? That remains to be seen. It’s definitely a start.

Will the addition of these Star Wars Experience make a difference as to whether you’re planning a Disney vacation that includes DHS on the agenda?