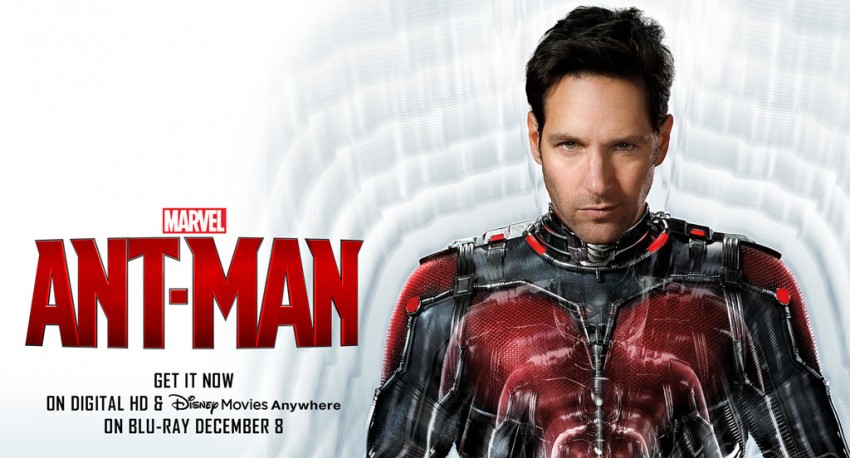 The story takes the form of an epic heist picture, but it a few exciting twists. Along the way Ant-man embraces his inner hero and harnesses the unique ability to shrink in scale to save not only the world, but his daughter.

Paul Rudd plays the title role well bringing both the humor and gravitas the position needs. You’ll never go wrong with Michael Douglas and his Hank Pym was well cast. I was also happy with the performance from Evangeline Lily, haven’t seen much from her since the Hobbit movies and she more than holds her own in this movie (which is good since she’ll be featured in the sequel). One of the standout performances came from Michael Pena. He made me fall out of my chair with laughter numerous times. 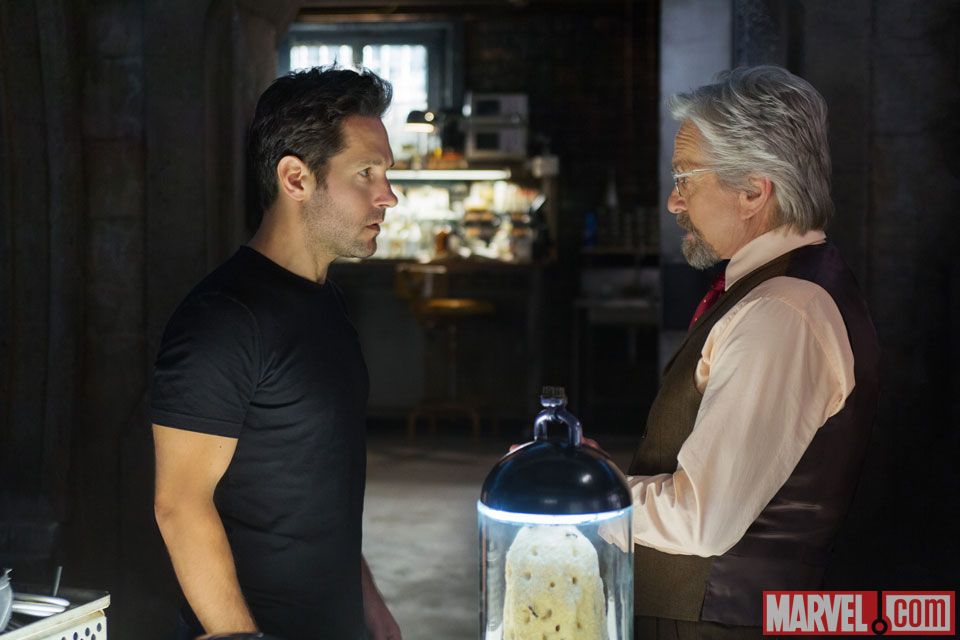 While this is the first time we see Ant-Man in the Marvel Cinematic Universe, it won’t be the last. A sequel has already been approved and he’s been rumored to join the Avengers in future films.

Let’s talk about special features. If you’re just getting the DVD, you’ll get the dregs, but we’re used to that now from Disney. There are some differences on what bonuses you’ll get based on where you order your digital HD version, so read the fine print if you go that direction. I recommend the 3D Blu-Ray Combo Pack, which will also give you access to the digital HD version on Disney Movies Anywhere Platform.

• Making Of An Ant-Sized Heist: A How-To Guide –

Set your watch and count down the action in this fast-paced behind-the-scenes look at how to pull off a heist movie, including Scott Lang’s hilarious heist “family,” Ant-Man’s costume, plus amazing stunts and effects.

• Let’s Go To The Macroverse –

Shrink down to size in this fascinating look at creating the world from Ant-Man’s perspective, from macro photography through the subatomic.

A hard-hitting collection of content, including a glimpse at the future of Pym Technologies with Darren Cross, anchor Christine Everhart’s interview with soon-to-be-released prisoner Scott Lang on his notorious VistaCorp heist, and more.

All-in-All “Ant-Man” was a fun addition to the Marvel Cinematic Universe. Playful like “Guardians of the Galaxy” and rooted in Marvel lore, while still remaining flexible enough to attract a wider audience.

Full of both humor and heart, Marvel’s Ant-man is the perfect gift this holiday on Blu-ray and Digital HD. Pre-Order your copy today for a December 8th delivery.