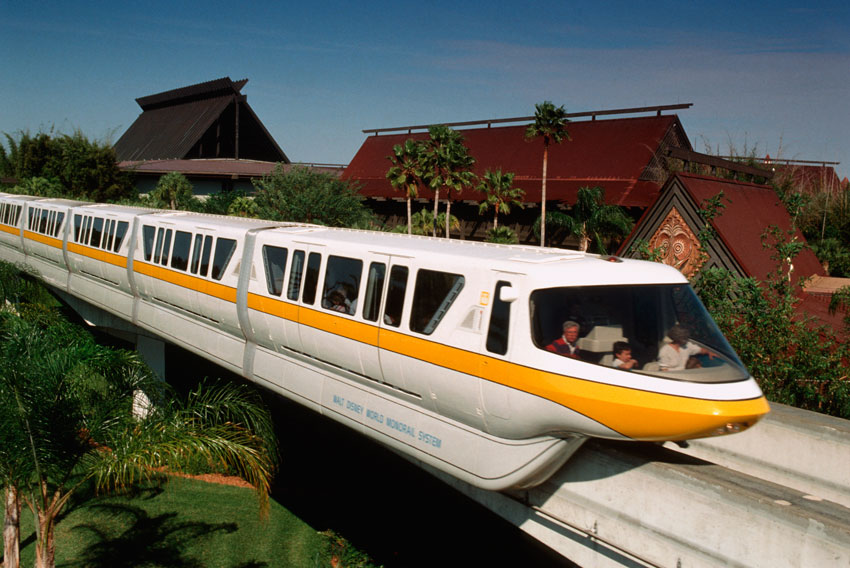 Update 11/19: the Walt Disney World Monorail system is back to normal operations today.

Monorail Coral has been involved in a monorail accident at Walt Disney World. The accident happened on the express loop between the TTC and the Contemporary Resort. No guests were on board at the time.

The train collided with the work tug at a high enough speed to cause considerable damage to the nose cone. The glass from the pilot compartment was knocked out and damage to the fiberglass can be seen.

Another look at monorail – front end of nose is smashed in apparent accident near TTC today. pic.twitter.com/lkhr0Zh8zn

The good news is that no guests were on board. We haven’t heard if the pilot was injured, or even on board. We also don’t know the status of the tug pilot. It’s possible the tug was towing the unit at the time.

Update: Disney confirms the Monorail was being towed when it somehow became separated from the tug. It’s not yet sure why there was an error. No injuries are reported.

Other Disney sites are reporting that this train was part of a test of the Train Control System (TCS). The TCS will automate the monorails making them essentially driver-less similar to other regional transportation systems.

As a result of the accident, traffic is shut down on World Drive and pedestrians are being kept away from the area.

This is a developing story. We’ll be updating here as we learn more.

previousStar Wars: The Force Awakens will be available in Dolby Cinema.
nextMarvel’s Agents of S.H.I.E.L.D. S3E8 recap – Many Heads, One Tale