Season of the Force opens at Disneyland 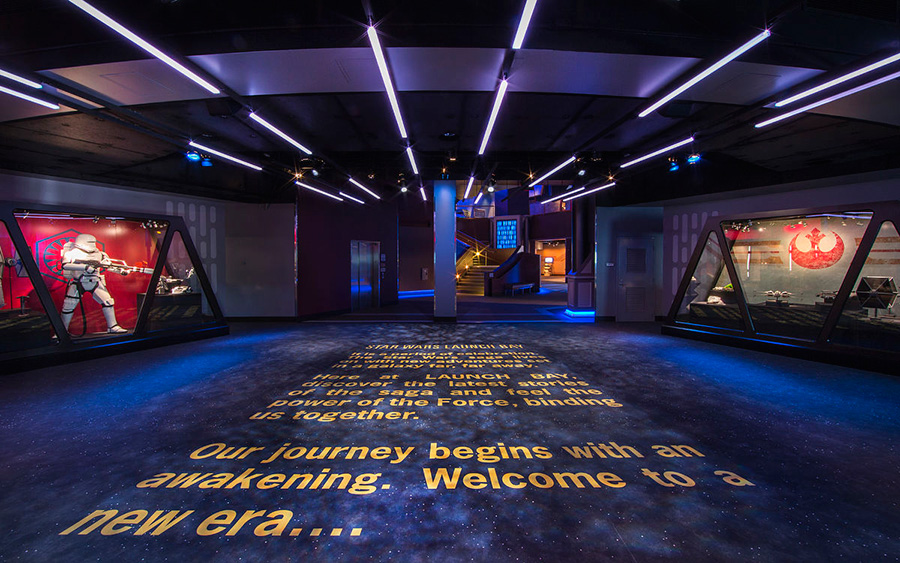 The first big Star Wars expansion at Disney’s theme parks since Disney purchased Lucasfilm officially opens today at Disneyland after soft-opening over the weekend. “Season of the Force” is a collection of special experiences, meet and greets, exhibits, and attraction overlays that will take guests on to that galaxy far, far away for some magical fun.

Star Wars Launch Bay includes meet and greets with your favorite Star Wars characters, special exhibits, and peeks at the upcoming movie Star Wars: The Force Awakens. Check out the credit roll on the entry carpet!

One the Dark Side guests can meet Darth Vader, while on the Light Side, guests visit a rebel base and meet Chewbacca the Wookiee. The Launch Bay also contains the Star Wars Game Center where you can play the latest games from the Star Wars galaxy. Some of which are canon in the movie universe. 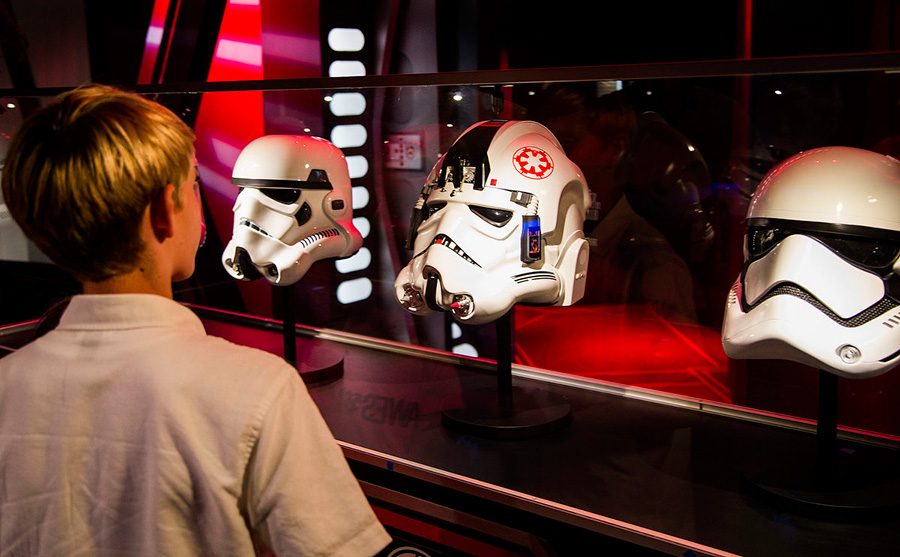 Also at Launch Bay are fun galleries to explore:

Making the biggest buzz of the weekend was the soft-opening of Hyperspace Mountain. This overlay of Space Mountain thrusts guests smack into the middle of a galactic war between TIE fighters and Rebel X-wings. Since you’re traveling at speeds of up to 30 MPH, it’s hard to capture it on film, but this video does a fairly good job:

That’s a much better use of the screen technology than Ghost Galaxy.

Also opening today is the new Star Wars: The Force Awakens scene in Star Tours – The Adventures Continues. Every guest who rides will see the new scene for at least the first few months.

Also part of Season of the Force is a revised Jedi Training with a new villain from Star Wars Rebels and Star Wars: Path of the Jedi where you relive Luke Skywalker’s path to become a Jedi in a film that recaptures favorite Star Wars moments inside the Tomorrowland Theater (former home to Captain EO).

What part of Season of the Force are you looking forward to the most?

Us East Coasters will have to wait for December 1 for our chance to experience our versions of these new experiences.