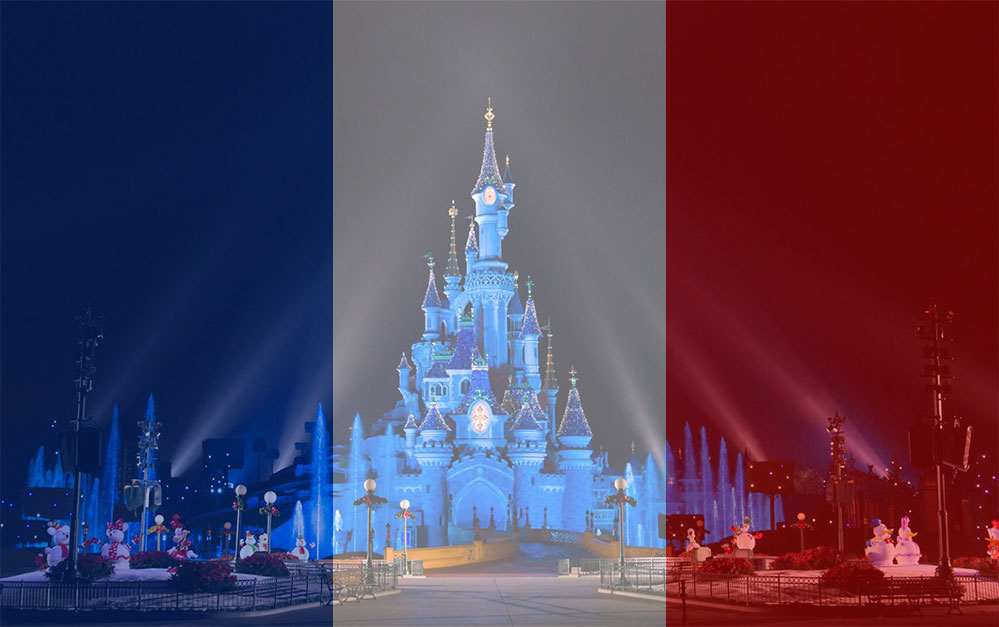 Updated: 11/14 4pm EST – Two statements just released by Euro-Disney S.A.S. President Tom Wolber indicate that Disneyland Paris Resort will remain closed during the 3-day period of morning declared by the President of France. The statement in French was slightly different from the one provided in English, so I’m including them both here.

“We join in the grief of those affected by the horrific attacks in Paris. Our thoughts are fully with the people affected, the families, and relatives of the victims. Out of respect of the three days of national mourning, Disneyland Paris will remain closed until Tuesday, 17 November included. ” Tom Wolber, President of euro Disney S.A.S.

“We mourn those lost to the horrific attacks in Paris, we pray for the injured and we hold them all in our hearts. As part of France’s three-day national mourning period, Disneyland Paris will remain closed through Tuesday 17 November.” Tom Wolber, Président of Euro Disney S.A.S.

Disneyland Paris is closed today following the horrendous attacks against the people of France in Paris yesterday. This is the second time since it opened in 1992 that the park has closed its gates. The first was due to damage from a hurricane in 1999.

In a public statement the park said:

“Considering the gravity of the events that occurred in France and by solidarity for the French government and the victims of these hideous attacks, Disneyland Paris has decided to not open on November 14. Our prayers go out to all those who were hurt by these horrific events.”

In a statement Bob Iger, chairman and CEO of The Walt Disney Company, said:

“On behalf of all of our employees at Disneyland Paris and throughout France, our hearts go out to the innocent victims of this horrible terrorist attack. We along with the world, pray for the victims, their families and their friends — and for all affected by this horrific act.”

Guests staying at the Disneyland resort received a note saying in part, “Due to the tragic events of last night, and in solidarity with the victims and our community, Disneyland Paris has decided to close its parks today.”

The resort hotels are taken car of their guests with meals and other low level entertainment inside. Disneyland Paris will reimburse all tickets purchased.

Schools, museums, and other local attractions in France are also closed today.

We at The Disney Blog offer our condolences and solidarity with the people of France. It is a beautiful country and its people do not deserve this.