You didn’t have to look far on social media yesterday to see fans posting pictures of themselves posing with the stars of the Disney Channel Original Movie “Descendants.”

@descendants Great performance today at #DisneyParade You all made a lot of kids very happy. See u on Christmas Day pic.twitter.com/4VWp2Q7j1c

Cameron Boyce, Dove Cameron, Sofia Carson, and Booboo Stewart were at the Magic Kingdom yesterday to film this year’s “Disney Parks Unforgettable Christmas Celebration.” They took a break to pose for a photo in front of Cinderella castle. 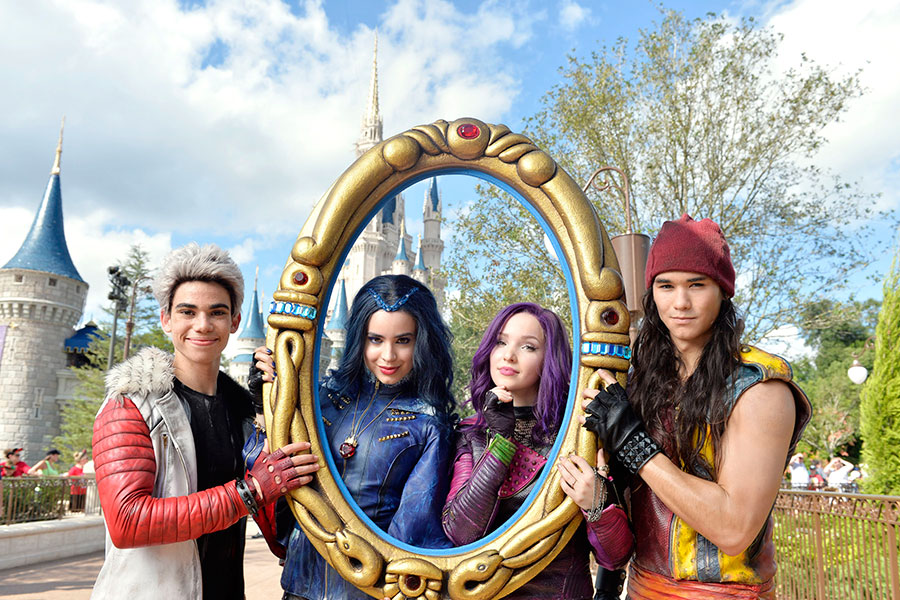 For the holiday special, the Descendants cast performed “Rotten to the Core” from the movie on their own float while wearing their original costumes from the film.

Be sure to tune in to this annual Disney tradition when it airs on ABC on Christmas Day.