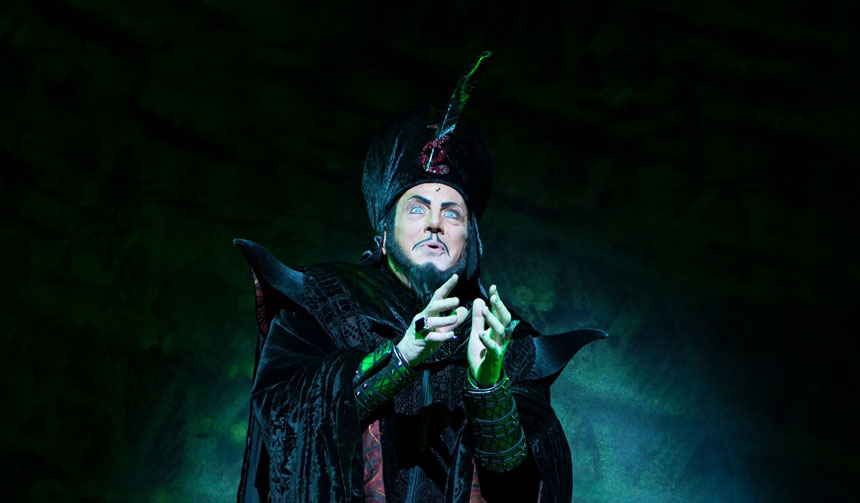 The cast of Disney’s Aladdin on Broadway continues to show they have talents that extend beyond the stage. The latest is Jonathan Freeman who plays the evil Jafar. Freeman shows his vocal talents, with back up from other members of the Aladdin cast, in a fun medley of Disney villain songs

That was fantastic. Freeman also provides the voice of Jafar in Disney’s Kingdom Hearts game. He’s also had a great career on Broadway prior to Aladdin, including stints in Beauty & The Beast (Cogsworth) and The Little Mermaid, where he originated the role of Grimsby.

Although Jafar never really had a proper Villains song, the villains do have some of the best songs in the Disney repertoire. Don’t you agree?

Previously: Cast of Aladdin performs at the White House.

1 thought on “Villains Medley by Aladdin on Broadway’s Jafar”