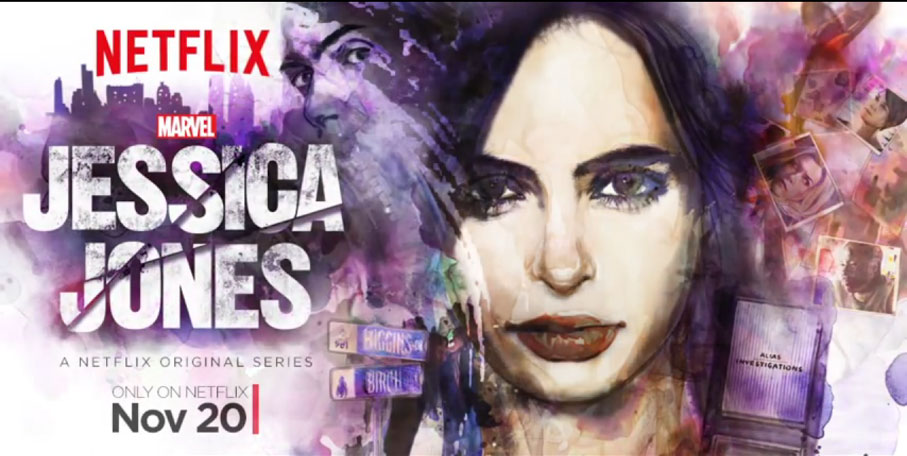 As promised, Marvel and Netflix gave us our first trailer to it’s new show, Jessica Jones, which debuts on November 20th. Jessica Jones is the second show in a larger 5-part “Defenders” series. All of the shows in the series will be released exclusively on Netflix. The first four shows will feature their own superhero in the Marvel Universe and the fifth show will be a crossover in which the heroes unite to form a team known as The Defenders.

When Marvel announced that actress Krysten Ritter would be playing Jessica Jones they gave a brief premise of what the show would be about:

“After a tragic ending to her short-lived Super Hero stint, Jones is rebuilding her personal life and career as a detective who gets pulled into cases involving people with extraordinary abilities in New York City.”

Note* The Netflix shows in the series have a darker tone than the Marvel movies that are released in theaters and the Marvel TV shows that are featured on ABC. These shows are not suitable for children.

The trailer is dark and shows how the villain, KillGrave, uses mind control to wreak havoc in the city as Jessica Jones is haunted by her past.

Check out the trailer below:

What did you think? Is it enough to make you subscribe to Netflix if you don’t already?