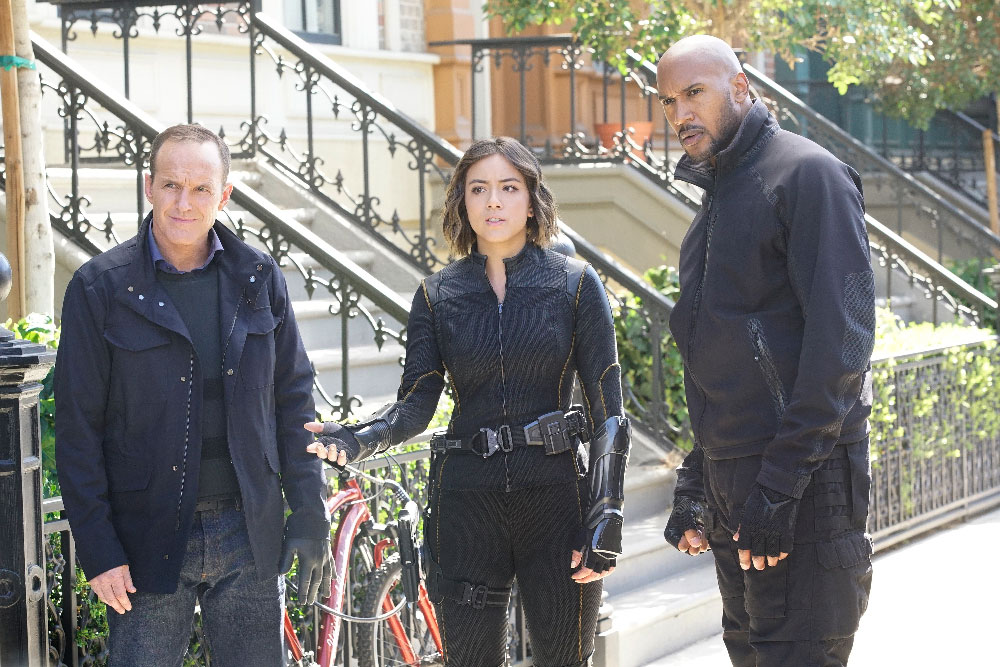 This week S.H.I.E.L.D. is on the hunt for Lash and the uneasy alliance between them and the ATCU continues. Daisy finds an email virus that leads them to Dwight Frye, an Inhuman who has the ability to find other Inhumans. He has been partnering with Lash. He gives Lash the location of the Inhuman and Lash goes to kill them as, according to Frye, an act of mercy.

The ATCU take Frye into custody and Daisy and Mack join them so that they can get a first look at the ATCU’s facilities. Unfortunately, along the way, their truck is attacked by Lash and Frye is killed. He escapes, but Daisy sees him transform into a human before he leaves. She and Mack are then taken to the ATCU base to be treated for their injuries.

Meanwhile, Hunter is still working his way up the ranks in Hydra but May in concerned that the mission has become too personal. Hunter dismisses the idea and heads off to his first mission with Hydra. Unfortunately, Ward is there and he is quickly made. A fire fight ensues between Hunter and May and the agents of Hydra. Our agents gain the upper hand so Ward pulls a trick card. He reveals to May that he has had a tail on Andrew and tells her that if he doesn’t leave his men will kill May’s ex-husband.

Hunter believes it’s a bluff and charges at Ward. Ward still escapes, but we see Strucker has knocked out somebody we’re meant to think is Andrew and blows up the building he’s in.

He didn’t see his face, so I’m not convinced it was him, but it was a shocking ending none the less.

At the end of the episode Simmons tells Fitz that she’s ready to tell him what she went through on the other planet and that she needs his help to get back there.

Next week, we’ll get to see what happened to Simmons but until then, what did you think of this week’s episode.