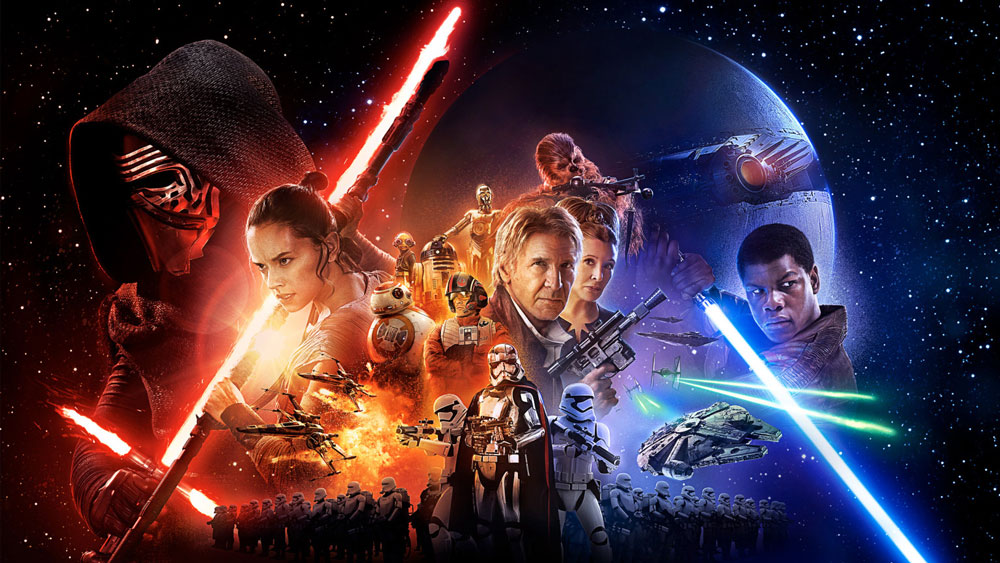 Are you ready Star Wars fans? Tickets for the highly anticipated 7th movie in the franchise, “Star Wars: The Force Awakens,” are on sale today after the trailer airs during Monday Night Football. But if you live in the Orlando area you might want to consider buying a ticket to a special event being held at Walt Disney World.

Walt Disney World and AMC Disney Springs 24 are hosting a special opening night event on December 17 that will let you see the movie during the evening with a confirmed seat and then enjoy a private after-hours party at Disney’s Hollywood Studios until 2 a.m.

At the party you will have access to the new Star Wars Launch Bay exhibit, the Star Tours – The Adventures Continue attraction, and a DJ dance party. Additionally, you will see a preview of a new fireworks spectacular set to the iconic “Star Wars” score. Event attendees will also get a commemorative souvenir event ticket.

Following tonight’s trailer launch, tickets to the “Star Wars: The Force Awakens” Opening Night Event will be on sale. Ticket prices reflect a variety of format options for the movie, including 2D ($94.99), 3D ($98.99) and 3D ETX ($99.99). For tickets visit amctheatres.com/starwarswdw to purchase. No discounts are available for the event. See the FAQ for more important details.

Please note, parking for the movie is at Disney Springs and you’ll have to drive yourself between the movie theater and Disney’s Hollywood Studios (parking is included in the ticket price). Disney resort guests will have separate transportation.

If you want to be among the first to see Star Wars: The Force Awakens in Orlando, you’ll need to buy into this package. Tickets at AMC Disney Springs 24 are available without being a part of this package, but show times start later.