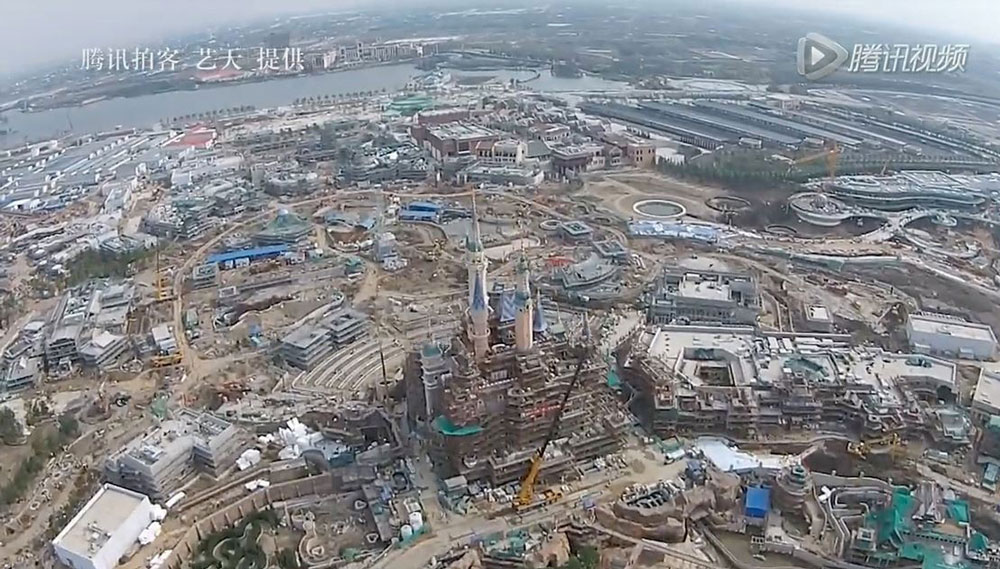 It’s been a while since we checked in on construction at Disney’s next theme park – Shanghai Disneyland. Drone footage from earlier in October was just released by the Chinese and it’s very exciting.

It’s still a massive construction site, but you can see that many more of the buildings and some of the attractions are nearing the finish line. The park’s huge Storybook Castle is beginning to appear from behind the construction and it looks fantastic.

Some other things to look for in the video: in Fantasyland with Seven Dwarfs Mine Train on the right and you can see that the backside of it hasn’t been enclosed. You an also see the show building for their Pirates of the Caribbean attraction and an empty lake in Treasure Cove.

I wish they showed more of Tomorrowland. That part of the park is nearer to completion than Fantasyland and Treasure Cove.

Shanghai Disneyland also released a short preview with a mockup of what the “Buzz Lightyear Planet Rescue” attraction will look like.

The park is currently scheduled to open in the spring of 2016. Are you planning a trip to Shanghai Disneyland?