I am always amazed at how much plot can be crammed into a one hour episode each week.

The week, the main story focused on Lincoln, who has been branded a fugitive and is on the run from the police, the FBI, the ATCU and, even his own friends. S.H.I.E.L.D. is also pursuing him, but they want to protect him, not capture him. In the heat of the moment, Daisy also reveals that she has feelings for Lincoln. I knew this was inevitable, but it still felt a little rushed.

This leads to an uneasy alliance between Coulson and Price. Coulson agrees to let the ATCU use S.H.I.E.L.D.’s knowledge of aliens and Inhumans to capture more of them.

We also watch Simmons as she her body struggles to re-adapt to Earth’s conditions. Being on the mystery planet for months has altered the way her body reacts to everything, from the air to noise. Everyone on the team tries to help her the best way they know how but it is, of course, Fitz that helps the most. 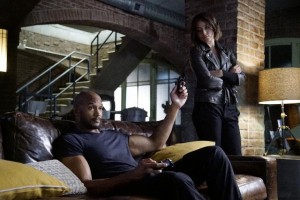 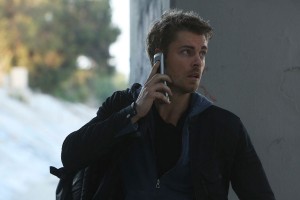 Meanwhile, Hunter and May are still trying to infiltrate their way into the ranks of Hydra. They contact one of Hunter’s old friends who tell them that in order to secure a meeting with someone from Hydra, they will have to earn it, by fighting to the death. They find the fight club where Hunter ends up having to fight his old friend. After a bloody fight, Hunter emerges victorious and is granted a meeting with the man who will bring them into Hydra.

Sprinkled throughout the episode is Bobbi who is still struggling with the fact that she is still not combat ready.

Like I said, a packed episode, but a good one. I am really enjoying Season 3 so far. What about you?