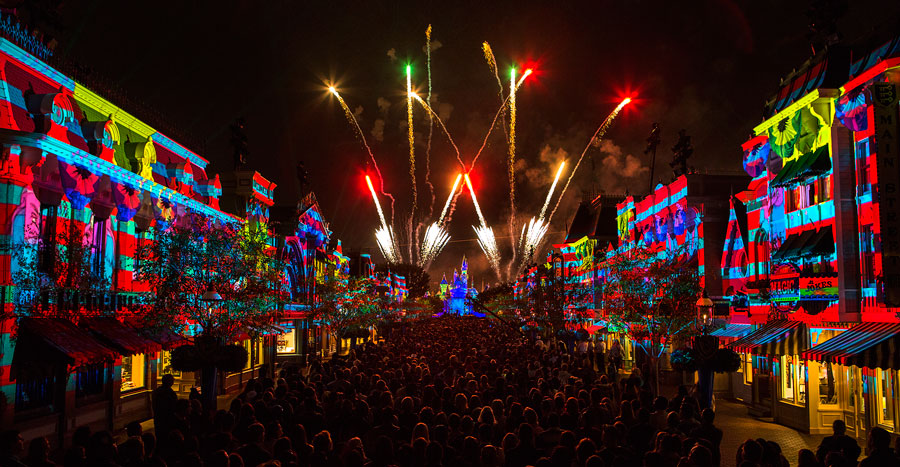 With three new dazzling nighttime shows created just for its 60th Anniversary, the Disneyland Resort is the place to be for Disney fans. The “Paint the Night” parade, “Disneyland Forever” fireworks show, and the new “World of Color – Celebrate! The Wonderful World of Walt Disney” headline a special year of fun for guests.

Actually, it will last a bit longer than a year, Disneyland recently announced the celebration will continue through Labor Day of 2016. Some of the shows or parades may continue beyond that, but the decor, themed food, and special character meet and greets will end then.

Here’s what you need to know to see all three shows on your trip to the park.

Oh wow! I can't even begin to describe the awesomeness that is Paint the Night electrical parade at #Disneyland. From the first glimpse to the finale float, it was one eye-popping moment after another. Fantastic job by the creators, cast, & crew. If you've see the parade, what is your favorite unit?

For the first time in Disneyland fireworks history, Nemo from the Disney/Pixar animated film “Finding Nemo,” “just keeps swimming” in the skies above Sleeping Beauty Castle, as the Matterhorn is transformed into the fiery peak of Mt. Wannahockaloogie, a special monument from that film. Two original songs enrich the show: the “Disneyland Forever” theme “Live the Magic,” and the inspiring closing song “A Kiss Goodnight,” written by another Disney Legend, Richard M. Sherman, and sung by Ashley Brown, star of the Broadway production of “Mary Poppins.” The “stage” for “Disneyland Forever” fireworks extends from the sky above to the buildings of Main Street, U.S.A., the façade of “it’s a small world,” the Matterhorn and mist screens along the Rivers of America, with specially designed digital projections offering guests different experiences at each location.

All three shows are very popular. With “World of Color” in DCA, you’ll have to get a Fastpass early to get the best viewing areas. For “Paint the Night,” folks start lining up on Main Street about 3-4 hours early. We snagged a second row standing spot about 2 hours before the parade which was fine. The fireworks show has good viewing spots throughout most of the resort. If you’re able to see it only once, I’d recommend seeing it from Main Street near the Photopass store. You have about 1 minute after the parade passes to run into the street and grab a spot. So be lined up nearby if you can manage it. If you’re going to see it more than once, a second viewing in front of “it’s a small world” facade will be less panic inducing.

Generally crowds were cordial and even jolly. The shows are worth waiting for, even if you don’t know when you’ll be back to the parks next. Just do everyone a favor, please don’t put your child on your shoulders. It’s rude and ruins the view for everyone behind you. Hold your child so their head is the same level as  yours.