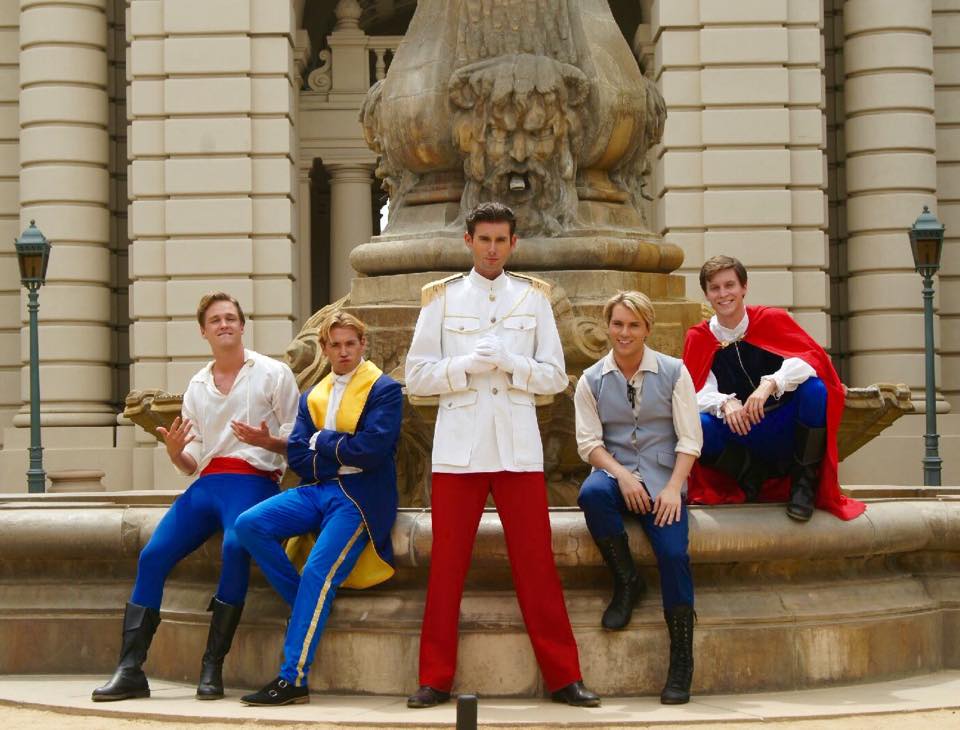 Okay, so your a new boy band with a little bit of studio money behind you, what do you do for a second music video? How about a satire on everyone’s favorite Disney prince and princess stories?

That video is the single “Don’t Leave Me Lonely” from the band ZeroGravity and it’s our Videopolis for the week.

Just for reference that was Adam, Peet, Trevor, Fredrick, and Michael.

According to the band’s representative, they chose “a Disney music video because they wanted people to see their true personalities and that they don’t take themselves too seriously. Everyone knows about the Disney stories and it can speak to men and women of all ages — especially because no one ever knew the princes’ side of the story.”