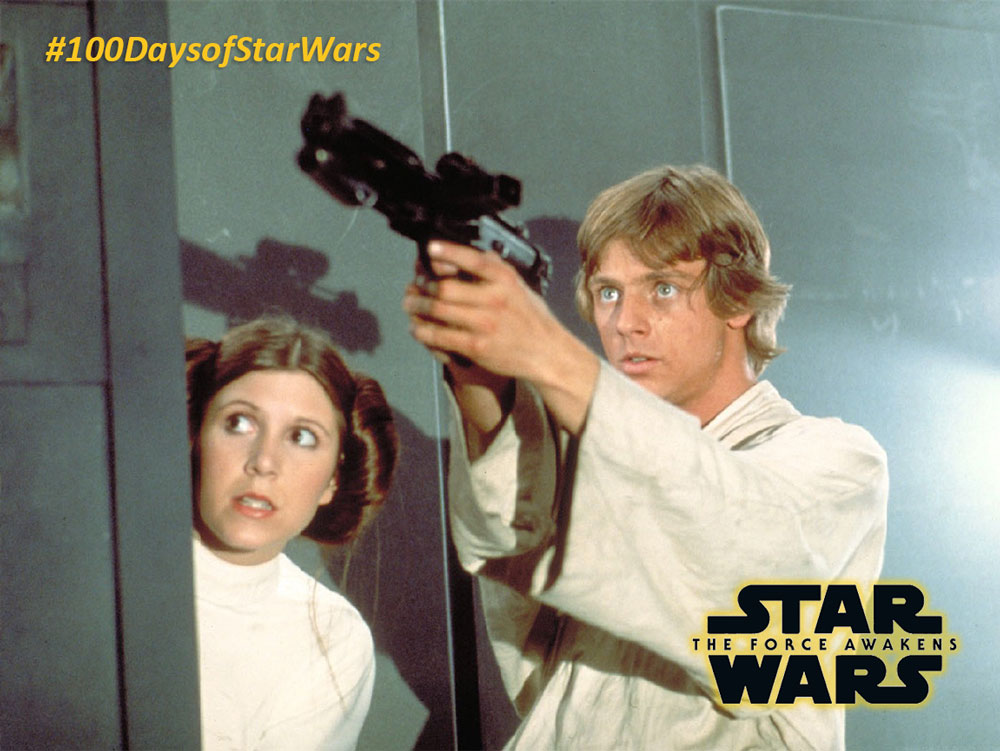 A lot of matte paintings were used to make the small sets of England’s Elstree Studios appear to be the size of a Death Star. In the scene where Luke and Leia perform that iconic swing to escape Stormtroopers, the production couldn’t afford stunt performers. So Mark Hamill and Carrie Fisher had to do it themselves. The pair were secured with safety harnesses and swung across the chasm 30 feet about the studio floor. Because of the danger they just did one take, which is what you see in the final movie (with the matte painting making it look even more dangerous). I guess that kiss really was for good luck.