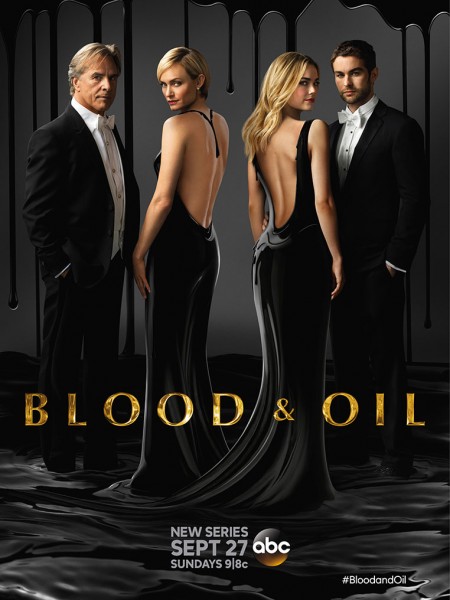 Set-Up: North Dakota is at the height of an oil boom that hasn’t been seen in the States since the days of the Gold Rush. People are moving in droves to the Boomtown to hopefully capitalize on the American Dream. We follow a couple who head up to open a laundromat (…sure?) but on the way up, get in a car wreck and ruin everything. They are starting from scratch in a town that is built upon those ideals. When the possibility to get into the oil arena, opposite the Briggs corporation, the lying, cheating, uber-rich oil monarchy in the area, the chances for failure, success and back-stabbing all increase exponentially.

Thoughts: This is clearly trying to capitalize on the Revenge viewers who miss Emily Thorne. A nighttime soap along the likes of Dynasty and, of course, Dallas, is what we are receiving with this program. Don Johnson is clearly the standout, really benefiting from this type of role. Chace Crawford and Rebecca Rittenhouse, the main couple, are good. The plot is good. The setting is good. That’s the moral of this show, everything is good. I got a little bored at the end, but otherwise, it was good.

There is this really annoying subplot dealing with Briggs’ son being cut off, than apparently trying to ruin all of his oil rigs? This is where I, clearly, got bored. I became so confused at what he was actually doing that I was confused. Bright lights! A fight in a puddle of oil! A spark! Oh no? It was a weird end to the pilot as, clearly, no one dies or is really hurt, as you immediately showed them in the following “scenes from our next episode” preview. The show has some potential to be the new Revenge, but let’s hope it climbs out of some of its ruts.

Time Slot: Sunday at 9pm EST is another iffy time slot for the network, mostly because of going against Sunday Night Football. Resurrection didn’t do gangbusters. Revenge kept dropping, and was eventually moved to 10. Late last season, Secrets and Lies found some success (Thanks in part to, of all things, William Shatner live-tweeting), so maybe this show can grab a hold to those viewers? Chace Crawford could also grab some younger Gossip Girl fans, which seems to be the plan for ABC, however, Wicked City has a better chance of grabbing onto those viewers because of Ed Westwick aka Chuck Bass. I can see this becoming a DVR hit, a la Nashville, where you don’t care to see it live but will definitely catch up with it.

Overall: The Blood and the Oil need to mix together a little bit better for me to stay attached. 2.5 oil rigs out of 5.