The first trailer for Disney’s live-action remake of The Jungle Book is now out. It’s our first look at how the film combines a live action Mowgli with digital animal creations and environments. The photo-realistic CGI is very immersive.

The narration is from Scarlett Johanasson who is the voice of Kaa the snake:

They’ve clearly put a lot of effort into making the movie look believable. Baloo looks like an actual bear, Kaa a snake, etc. I also liked the little nod to “The Bare Necessities” at the end there. I would have liked to hear Bill Murray as Baloo too. Compare this scene from the trailer (left) with the concept art released earlier. 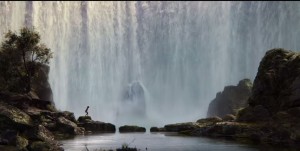 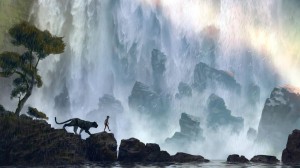 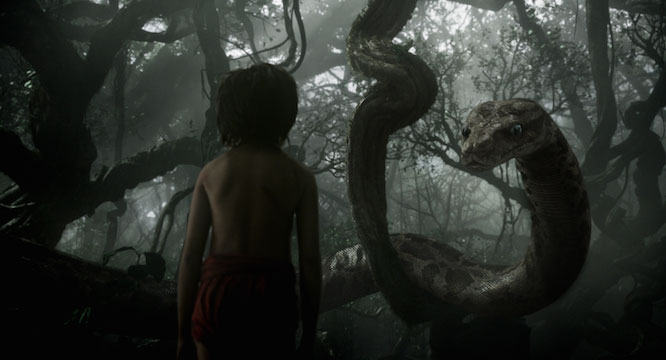