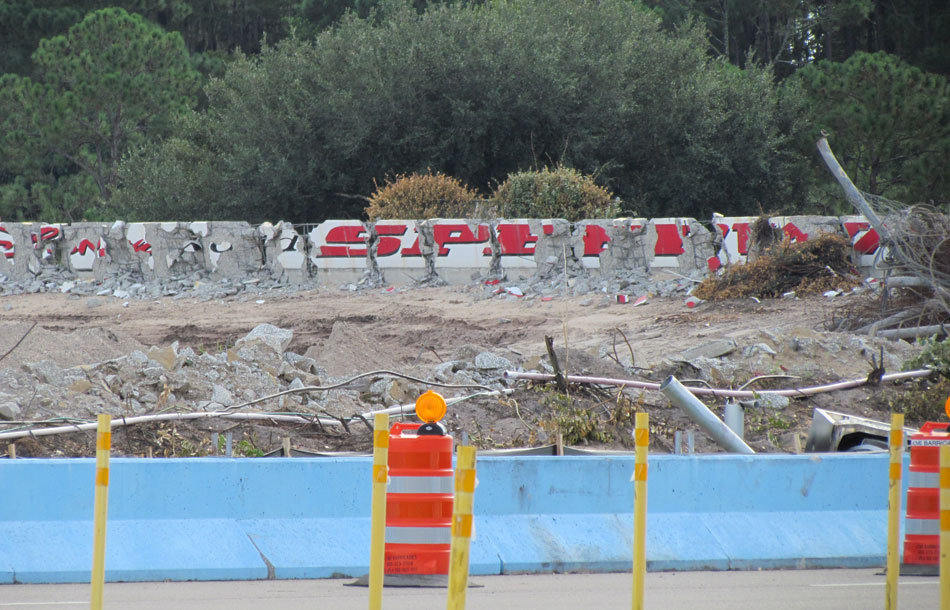 It’s been just about week since crews started the demolition of the former landmark Walt Disney World Speedway just behind the guest parking lot for the Magic Kingdom. Already, they’ve made significant progress on removing the track surface and re-enforced concrete walls that surrounded the track. The location was most recently home to the Richard Petty Driving Experience and Exotic Driving Experience. But Disney decided they had a need to use the property for transportation system improvements, so the track had to go.

The tri-corner Walt Disney World Speedway race track was dedicated in 1995 and was once dubbed “The Mickyard” combining Disney’s icon Mickey Mouse with the famous Brickyard of the Indianapolis 500. It hosted its first race in 1996 as the first-ever race for the Indy Racing League, a splinter league from CART racing. From 1996-2000 six IRL events were held at the track.

The location of the Walt Disney World Speedway often meant huge parking and traffic headaches around race days. The track also had drainage problems, one year after the track opened “Lake Mickey” was added to help retain water in the track’s infield. 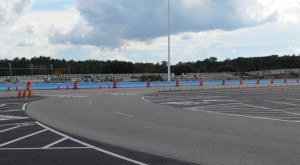 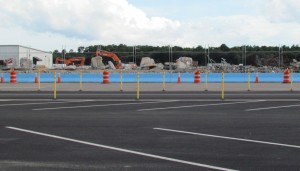 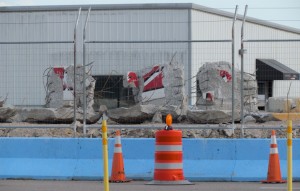 As we covered previously here on the blog, this area is slated to become more guest parking. Disney hasn’t given an official number, but it is expected to expand the Ticket and Transportation Center capacity by about 2200 new spaces. No word on when the new spaces will open, but it looks like they’re working as fast as they can.